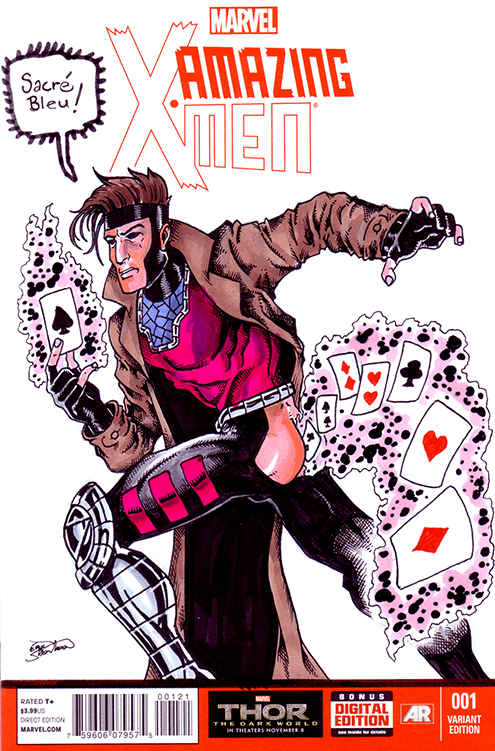 If everything went to plan, I am currently in Fort Wayne, Indiana at the Appleseed Comic Con. I should be hanging out with my pals Jason Young, Brian John Mitchell and Kurt Dinse.

About a month ago, Kurt sent me a package with two sketch variant covers. It was an unexpected surprise.

They’re pretty awesome, especially the Doop one, which is fantastic, because I love Doop.

But, Kurt thought that I hated Doop. I vaguely remember a conversation where he told me he would draw my least favorite X-Men character. Somehow, he was under the impression that Doop was it. Kurt was wrong, though.

So, I decided to draw Gambit for Kurt on a sketch cover. By this time, Kurt should already in posession of this cover. It was a blast (pun?!) to draw, and I even broke out my old college marker set (which don’t even really belong to me anymore. Shhh).

This is a proud moment for me.