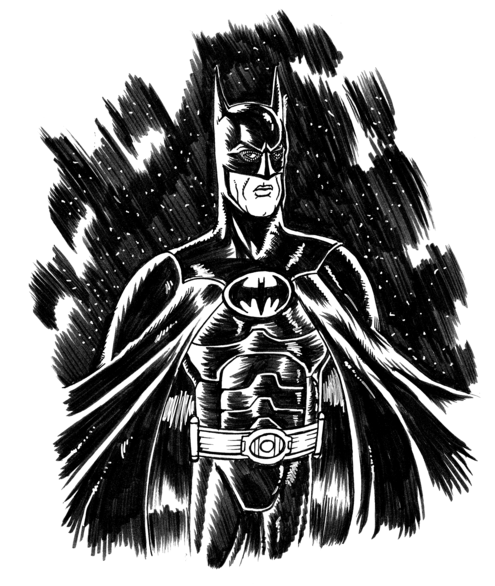 Batman Returns was on the television today (BBC America – followed by Batman Forever which I fell asleep 5 minutes into). When the movie came out when I was a kid (13 years old?), I used to draw this costume all the time and it’s kind of always stuck with me – probably in a bad way. I still enjoy the movie, but fully realize that Burton’s Batman films aren’t as good as anyone remembers. For the most part, Schumacher’s aren’t as bad as people say either. And Nolan’s just aren’t good at all. And I have zero hope for anything currently happening in the DC Comics cinema pipeline. Or the comics, really. I’m down to buying two a month (Wonder Woman and Batman ’66).