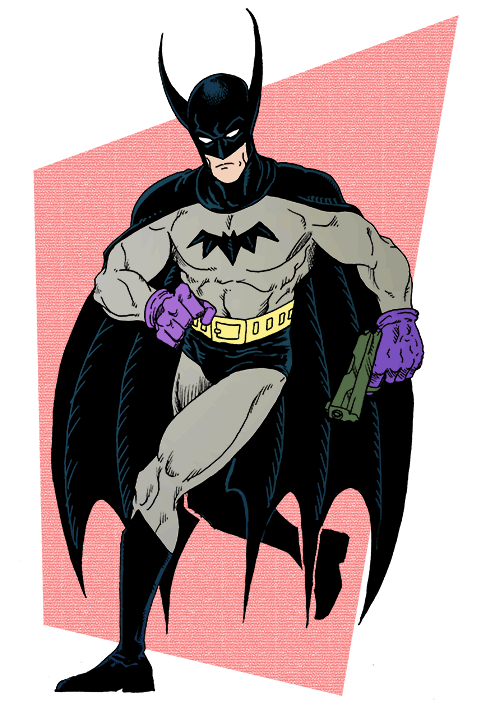 I figured since I’ve been drawing a fair amount of Superman villains lately, I should definitely include his biggest arch-nemesis, Bat-Man. Apparently, the Bat-Fella is also celebrating a 75th anniversary. Even if you’re a comic fan, I’d excuse you not noticing. DC Comics and Warner Brothers have kept the celebration pretty low-key. What do you expect with such an obscure villain? I gotta hand it to Bat-Guy’s creator, Bill Finger. Somehow this little-known footnote made Bill Finger a multi-trillionaire, and in the process, Finger was able to screw over a whole bunch of his contemporary comic creators like Bob Kane. Bill Finger, creator of The Bat-Man, you’re incorrigible! Don’t ever change!