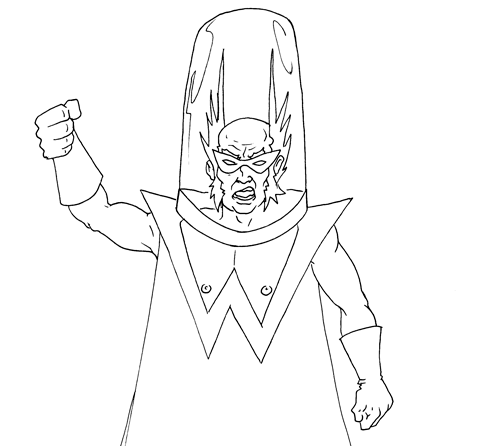 Speaking of weird, I just finished watching a movie called Detention. Um… yeah. It’s not good, but it’s also incredibly watchable, and happens to be indescribable. Seriously, I don’t fully know how to explain it, but, y’know, there are worse ways to spend 98 minutes.

I wrapped up Warren Ellis and Declan Shavley’s run on Moon Knight yesterday. All six issues are pretty golden, and I’m glad they veered away from “Crazy Crazy Moon Knight!” territory. It’s still there in its DNA, but it’s not the terrible reboots of the character we’ve been getting since Charlie Huston’s work on the book (an author whose work I really enjoy). I’d be remiss if I didn’t mention Gregg Hurwitz’ time with the character, a super-underrated run that also didn’t focus on Schizo Moon Knight, but that series was cut short to make way for Brian Bendis’ absolute shit stain of a take on the character.

Speaking of shit stains, I read Peter Milligan’s Terminal Hero # 1. It looks like we’re getting X-Men’s Peter Milligan and not X-Statix’s Peter Milligan with this one. A cliched, Mark Millar-esque by the numbers sci-fi comic more about shocks than substance. Too bad.

And finally, I also read issue 3 of Miles Morales: Ultimate Spider-Man, which – it turns out – I already read, but forgot I had.