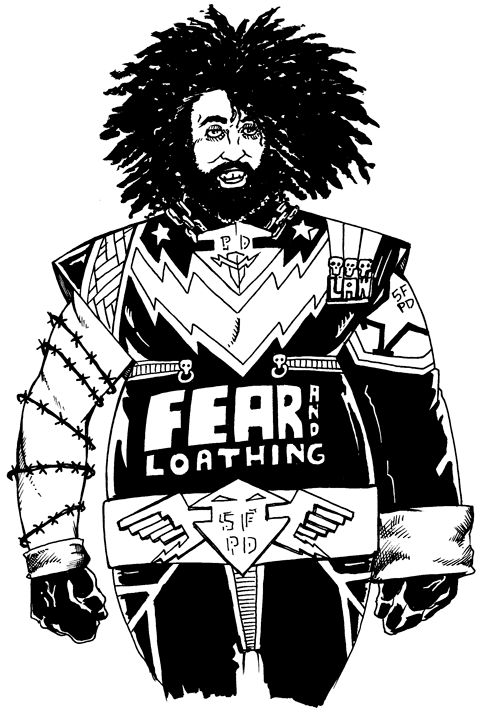 Suggested by Jason Young, Reggie Watts as Marshal Law. I love Reggie from his work on Comedy Bang Bang, and I love Marshal Law from old comics. And I love Jason from my life, which is why I saved his request for last. Gotta say, as much as I love Marshal Law, I hate drawing his costume, even if he’s been Reggie Wattsized. I can’t even imagine what it would take to draw this over and over and over again. Which is a) why I imagine Kevin O’Neill is the way he is, and b) why there aren’t anymore Marshal Law comics. And thus ends this year’s October theme month – the most frustrating, pain in the ass theme month ever. I’m very tired.