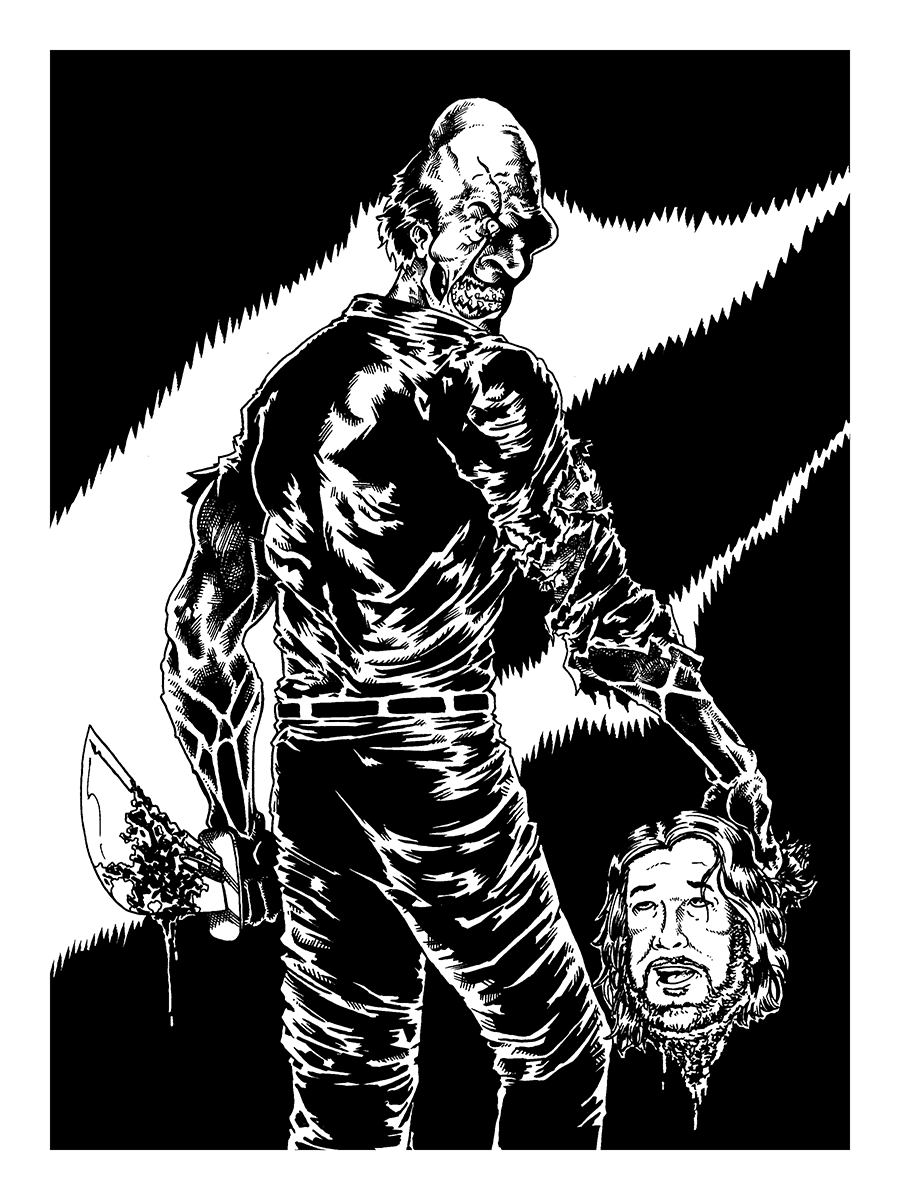 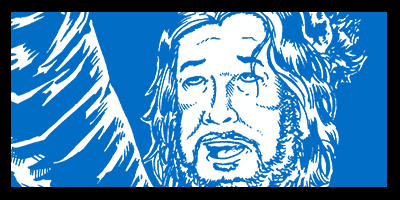 See, I told you I wasn’t going away forever. It’s only been 11 days. Did you miss me anyway? I’m glad, I missed you too, baby.
By now you’ve clicked the thumbnail above and embiggened it and perhaps you are wondering what pray-tell brings this monsterous piece to the blog? I’mma tell you. Right… nowish. First, some background.
Sometime back in late 2007, I was perusing a comic book website message board, back when I did such a thing. Somewhere along the line a loud-mouthed internet asshole (on a comic message board?!) was being a loud-mouthed internet asshole, and for whatever reason decided to call out his friend’s blog as an example of… something… (I don’t remember the specifics). Despite being trumpeted by an internet asshole, being about as big a horror fan as I am a comic book fan, I decided to click this link to a blog called “Horror Movie a Day“.
And from that point on, at least once a week (Horror Movie a Day a Week?), I would visit HMAD and read the reviews. I immediately became a fan of this blog and the man of mystery behind it, “BC”. The premise is that “BC” would watch and then write a review of (you guessed it) a horror movie a day. His reviews were well thought out, concise, humorous and entertaining. I watched a ton of movies based on his recommendations, even though there are quite a few of his reviews I disagreed with.
Somewhere along the way, a guy by the name of JB Sapienza contacted me. I’m not entirely sure how this happened, but he found me via the HMAD blog comments. Now that I type that out, it’s a little creepy. Turns out, JB is friends with “BC” – aka Brian Collins – in real life, and thought that I also knew him. Nope, just a fan. Anyhoo, JB got me to do some artwork for a documentary he was working on called My Name is Jonah, and we became internet friends, and this odd little community of filmmakers, artists and nerds began to form.
Jump to April 2013, and Brian reviewed his last HMAD, which was also his first (go read the blog). He still reviews movies, just not everyday. Jump a little further to November 2014. JB and I are both working on something I’m not going to talk about yet, and we get to conversing. He tells me that Brian is working on a sort of book version of “Horror Movie a Day” and wants to know if I want to draw an illustration for one of the theme chapters.
I believe my almost instantaneous response was: “Fuck. Yes.”
JB put Brian and I in contact, I was shown a list of topics, I got greedy and picked two.
This is for the currently untitled Horror Movie a Day book, for the chapter on Slashers. The book is due out sometime in 2015, and you can bet I will let you know more when I find out.
I had a blast drawing this piece. I tried to dig deep and tap into my inner Kelley Jones/Bernie Wrightson/Kyle Hotz. I don’t think I was too unsuccessful at that (sidebar: I posted the previous sentence on the Facesbook when I began to work on this. Kyle Hotz responded to it, saying I should just look at Wally Wood and then I’d get all of the influences. He’s not wrong. I definitely need to educate myself further on Wood’s work, beyond the “22 Panels” thing). I drew this mostly at my parents’ house since it was relatively portable and I knew I could work a few hours a week there while doing my laundry. Also mostly drawn while watching “The Flash” and “Agents of S.H.I.E.L.D.” with my mom.
There are some things I would definitely change in the slasher’s appearance, but I’m okay with it. We can’t use copyrighted characters, so I had to come up with sort of a generic slasher. I figured disfigured/deformed, wearing a jumpsuit and big knife would cover it. The poor victim depicted decapitated is Brian Collins himself, or at least, the closest I could get to a likeness of him. I’ve got one more HMAD piece on the table, maybe I’ll get it right next time.