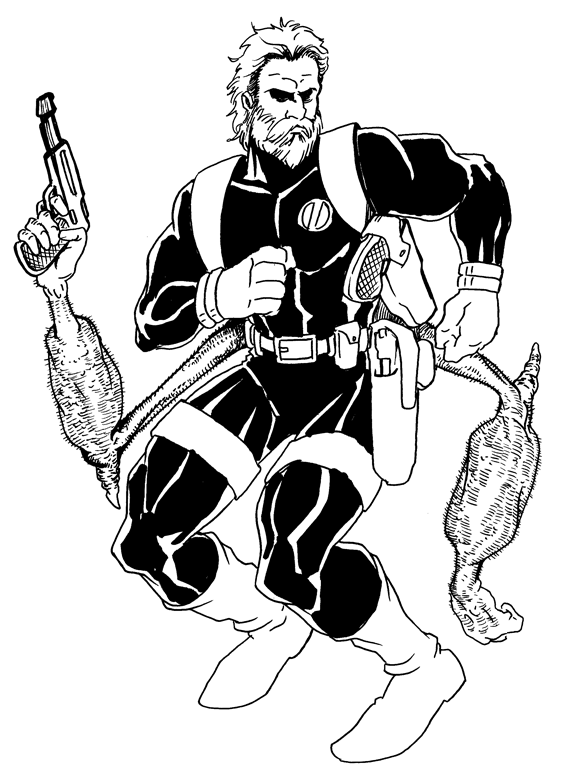 Hey! I’ve read this one! Sorta. Jason Young Fortnight gave me the original run of the Roachmill series. I thought he was “giving” giving them to me, not to borrow. I was wrong. Because, as all books that I believe I own, it gets set in a pile and remains unread. I did read the first three or so of the issues. They were enjoyable, but I don’t remember them. I’ve since returned them to Jason Young Fortnight, and he has since probably sold them.