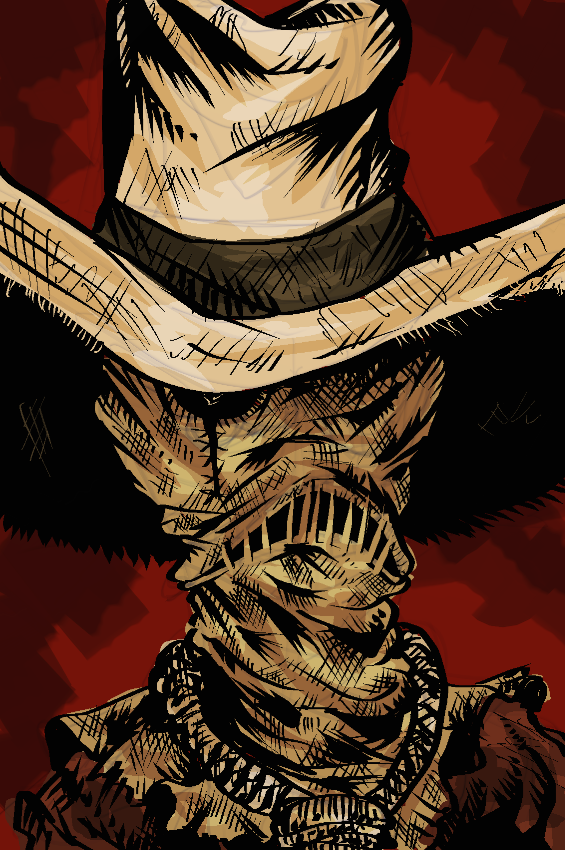 This drawing came incredibly easy to me, even though I’d been putting off drawing Scarecrow due to general fear of failure (this does not differentiate from the rest of my life at all). Sadly, as I was zipping along, I realized far too late I was “inking” on the wrong layer, directly over the “pencil” layer. Wah. Anyway, why isn’t Cillian Murphy a bigger star?