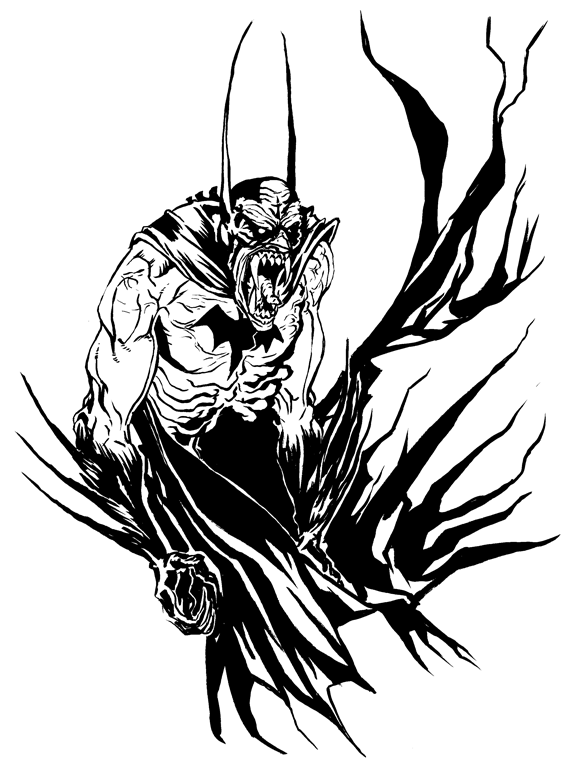 So Shiloh asked for “Batman/Dracula”, and I may be disappointing her with this, because when I read that, the first, last and only thought I had was of the epic Doug Moench/Kelley Jones trilogy of Batman vampire comics. It started with Batman/Dracula: Red Rain, continued in Batman: Bloodstorm and wrapped up in Batman: Crimson Mist. All three are available in one fine package called Batman: Vampire. I can’t recommend ’em enough if you like the unlikely combo of Batman and horror. Seriously, though, Kelley Jones is kinda the greatest. So, I wanted to draw his vampired up Batman here. Sorry Shiloh. Happy Halloween, though!