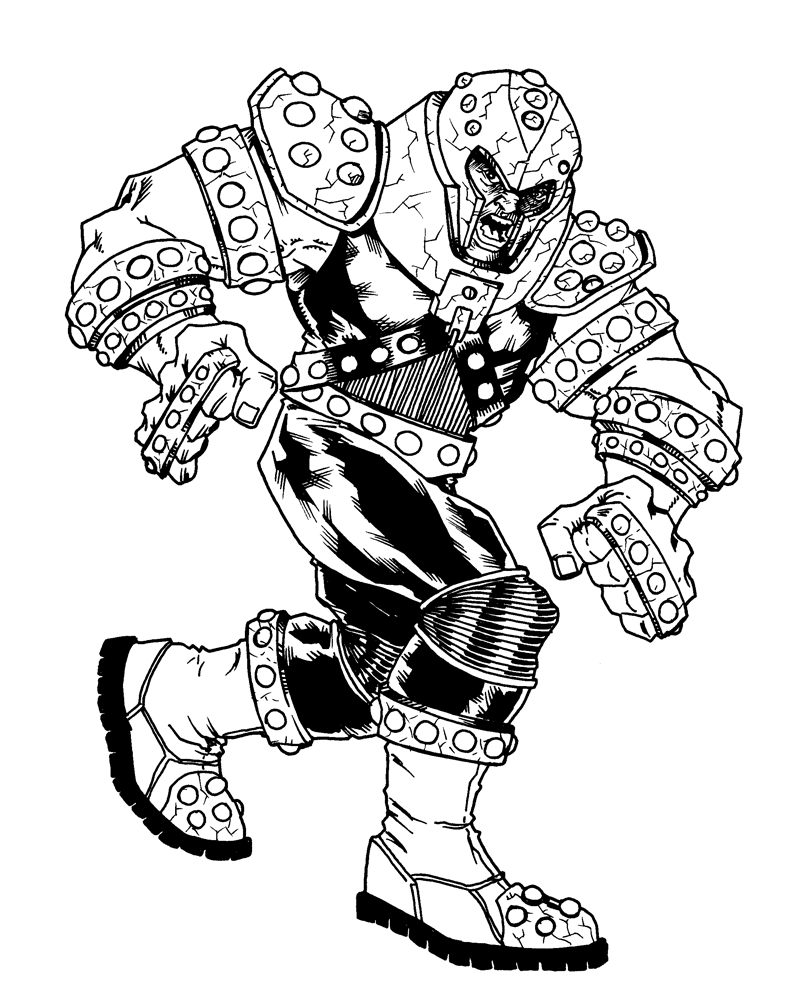 More Marvel villains. This was, I believe, my fifth attempt at drawing The Juggernaut. I drew him a few times in his normal Marvel Universe look, but I could get past the damn helmet. I know it’s comics, I know it’s supposed to be ridiculous, but my mind couldn’t wrap around the physics of it. Then I tried the Ultimate Universe version, and still had the same problem.

So I jumped onto the old Internets and looked at how other artists have drawn him. None of it helped. But then I saw a statue made for X-Men 3. Apparently it was the original design for the character, and I thought “Wow, that’s fucking awesome.” It’s too bad they didn’t use it in the actual movie, and it’s too bad no one took it to the comics. Because I think it’s bad ass, and it “makes sense” to me. So that’s the variation I went with, and finally did a semi-successful Juggernaut drawing.