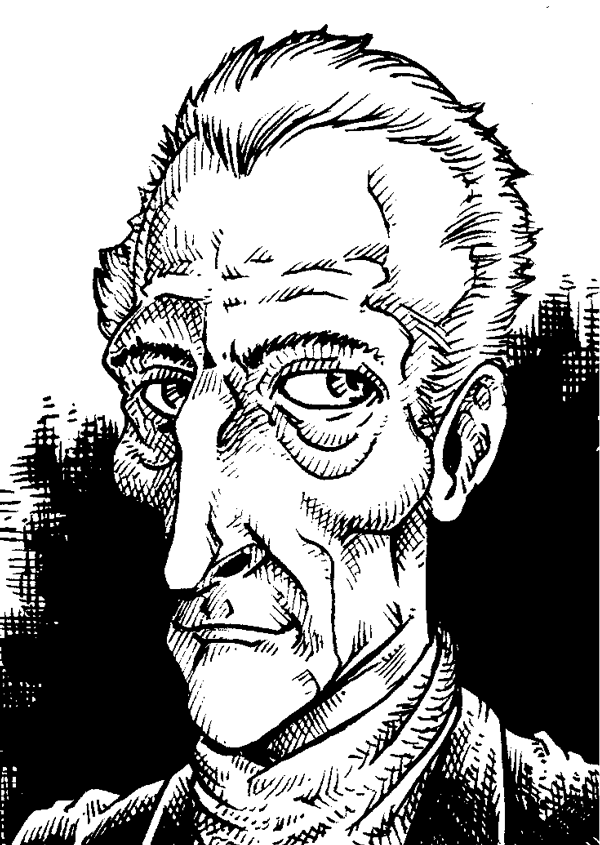 If I ever am flipping through the channels and I see Peter Cushing in a movie, I’ll stop and watch. Guys, he’s the real villain of Star Wars, not that Vader schmuck. Also, he was in a movie I watched as a kid called “Tales from the Crypt”, an anthology horror film. If you’ve never seen it, do yourself a favor. Cushing’s tale is by far the best in the bunch, where he plays a loveable old man named Arthur Grimsdyke. I’m serious about that. It may be the first time in a horror movie where I felt genuine sadness and a connection for and with a character. He was also Dr. Who once. I spelled that out correctly.
The entire month, I will be selling these sketch cards individually for 5 bucks, or as a theme set (7 cards total) for 25. If you want one, let me know, asap via email or other means. At the end of the week, I’ll post the set on my store.