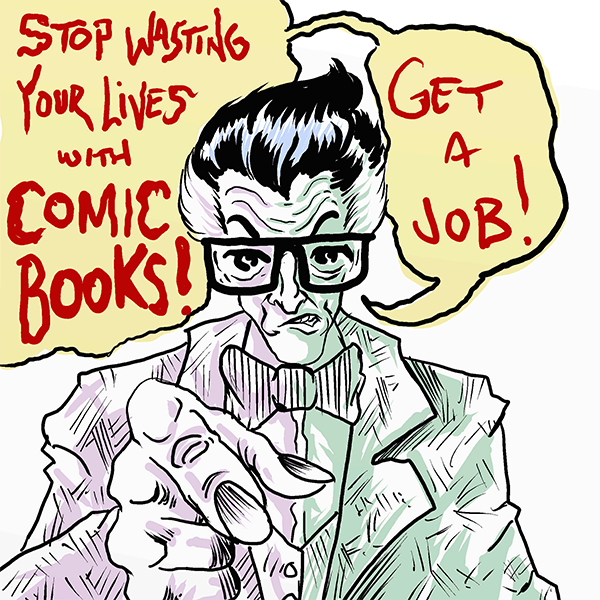 It’s Phil Healy Week. I don’t know Phil that well. He’s one of the gents behind MY NAME IS JONAH, a long-time real-life pal of JB Sapienza (of JB Sapienza Week), and the guy I always get confused and think is Brian Collins (Horror Movie-a-Day).

Phil had asked about getting a theme week while I was in the middle of JB’s week. I had a lot of reservations about JB’s week, but then I got Phil’s list.

I rejected it. Every single one.

So here’s the deal, I’ve been doing the Sketch-a-Day for a long time. At this point, it’s been a total of about 5-6 years or so with some breaks. I have a very distinct thing I do, and mostly it’s just a simple sketch, something that takes a minimum of 10 minutes to a maximum of an hour. Anything more complex is something I’ve either gotten paid to do or is for some sort of publication or mass-produced whatsawhosit. When I do theme weeks or months or take requests, it’s to have something simple or easy so I don’t have to put much thought into it. It also usually is because I’m trying to work on something bigger that I can’t share so I just need filler. That’s all the sketchaday is – filler. It’s to force me to draw SOMETHING so I’m not just sitting around contemplating suicide all day long.

After the JB debacle, I made sure to emphasize “simple” to Phil. He may have missed that part. JB’s list of requests is now light, airy and easy in the grand scheme of things.

That said, I re-read the list and figured out a way to do some of it. But seriously, some of his list was absolutely insane and so very, very specific. I seriously wondered if he was pranking me.

But, anyway. It’s Phil Healy week. I am not going to comment on any of these. They’re my interpretations of his requests, best and as comfortably as I could pull them off (some of his requests were for things that – even if he’d offered money – I would never draw, some were even just impossible for me to figure out HOW to draw).

But I’ll admit this: I thought all his requests were clever and funny ideas for someone else to tackle.

Lastly, every one of these is a digital sketch – the first time I’ve ever done that for a requested theme. My desktop computer – and thus my scanner – crapped out on me. I could not get my scanner to connect to either of my laptops. Which, quite frankly, sucks. This also means I’ve now lost everything on my PC. I mean, for now. I don’t have the time to figure out how to fix it just yet. So, I guess I’m gonna get proficient on drawing on my phone for a while.