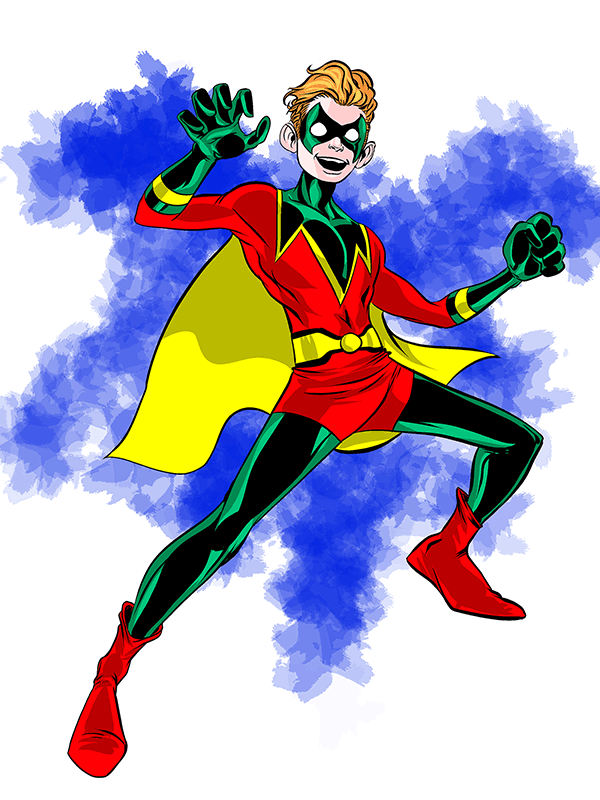 I mentioned yesterday that my friend Joe G. was vital in giving me suggestions for DCember. This is one he didn’t suggest, but he definitely inspired. He recently had an article published, an oral history of the life and death of Jason Todd – the 2nd Robin. It’s a pretty great article that everyone should read on comicsbeat.com. After I read it, I decided to draw Jason in his makeshift Robin outfit before he inherited the classic from his predecessor. I actually think it’s a pretty sharp design and not terribly different from Tim Drake’s Robin costume that would come a decade later.

One of the very first comics I owned (and still own – I think) is from Jason’s early days hanging out with Batman, before he became Robin. I had no real reason to add that.