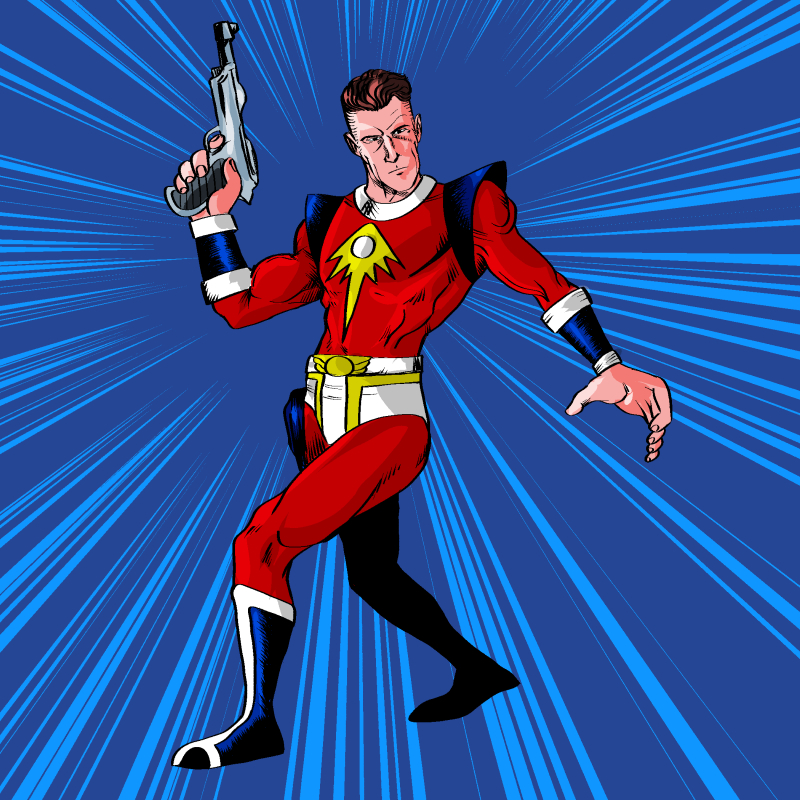 Here we are, the final week of the Sketch-a-Day! Not a theme week, but just asking individuals who have been friends and cheerleaders for one-off requests.
Today is Mike Adams, who requested Captain Comet – a character I was only vaguely aware of. He appeared in the Secret Society of Supervillains in the late 70s, and post Infinite Crisis or something or other in something something something. I see the trade at Ollie’s a lot. It looks awful.
Anyways, Mike is the co-creator and co-writer of the sci-fi epic comic Finite with Bruce O. Hughes. It is not awful. People should find it and read it. I helped color some pages in issue 2. Or 3. I can’t recall. I did a back cover too. For whichever issue I didn’t color.
Anyway, make them money.