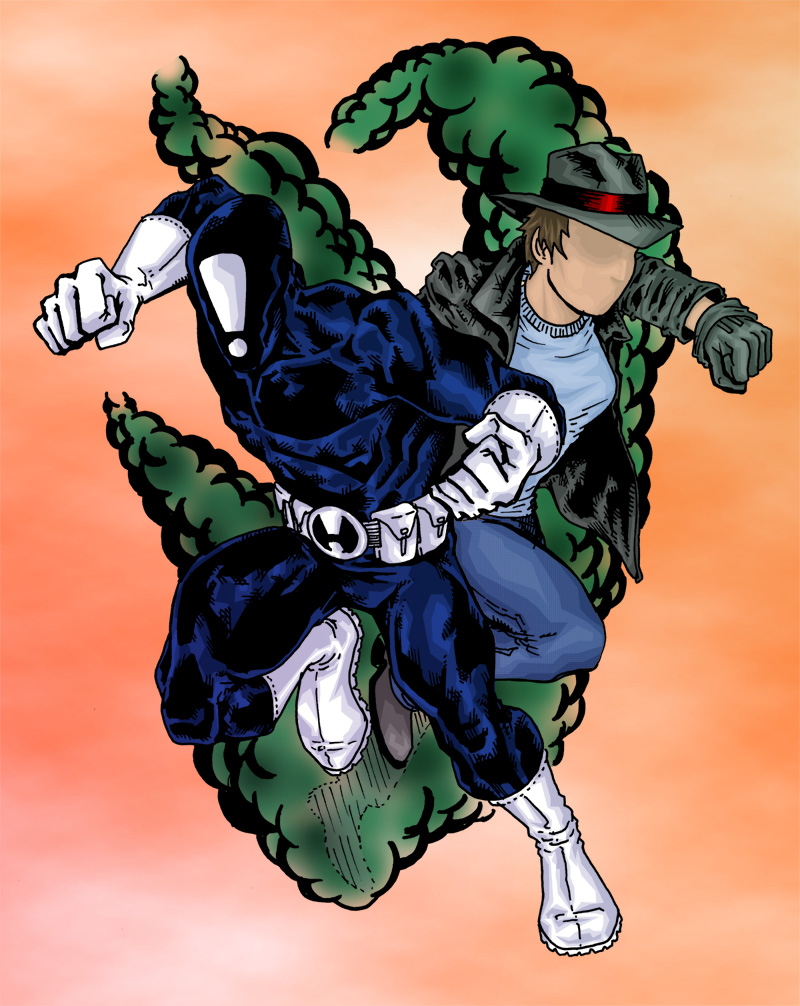 So, Mike Norton is this crazy talented artist whose work deserves a higher profile. He’s worked steadily for years, and seems to be quite popular, but he’s far from an A-Lister. I admire his ability to change his style to work for whatever project he’s doing. He currently has the gig for the Young Justice comic, based on the Cartoon Network show (which are awesome, by the way – comic and show). Mike’s 24-Hour Comic contributions for the past couple years have been stellar (The Curse I & II), featuring a frentic, loose-but-detailed style that seems inherent with a 24-Hour comic, and a disturbed sense of humor that is right up my alley. Mike also co-hosts the Crankcast, a podcast that greatly influenced my decision to start my own in the first place, and the style we would adopt.

But for all that, what I am most excited to see is Mike’s creator-owned book that he’s talked about for years on the Crankcast, and over the past year has made some headway into getting it done. The pages Mike has posted of The Answer combine all the best elements of his previous works and really lets his talents and skill shine. I don’t know a thing about the story of The Answer, but the art alone should make Mike a comic-art Superstar.

I should mention, at this point, that I am not in any way shape or form affiliated with a Mike Norton. Just a fan.

Anyhoo, I wanted to draw The Answer. I love the simple, but brilliant design and look of the character. It’s like a combo of Madman and Grendel. I threw in DC Comics’ The Question because c’mon! I also like The Question.