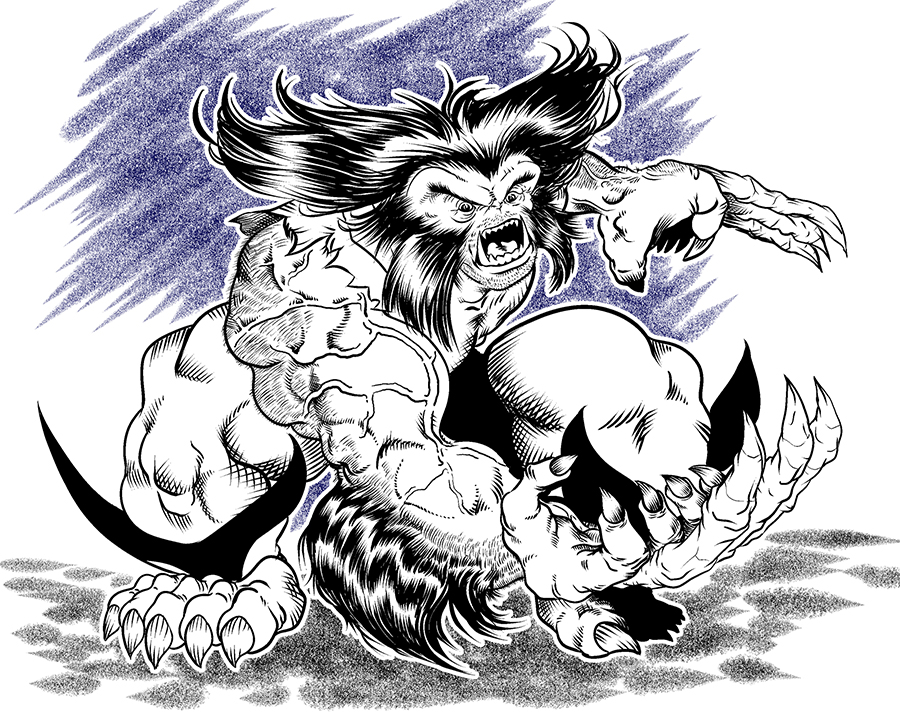 I have a fascination/fondness/soft-spot for the dumbest/worst versions of characters sometimes. It’s not nostalgia. I wasn’t reading X-Men or solo Wolverine comics at the time this turdly version of the character was running around. Ironic appreciation, maybe? I truly don’t know.
If you’re not familiar, after some sort of event thing, Magneto sucked the adamantium (metal) off of Wolverine’s bones through his skin. It was then revealed that Wolvie had bone-claws the entire time (they had previously been revealed to be cybernetic), and for some reason, jagged and craggy. Y’know, like bones are?
Shortly after, he began devolving into a hunched over, hairy-elbowed, no-nosed monster thing. Because?
I had recently stumbled upon some Wolverine comics of this era and I demanded that I draw it.
So blame me.