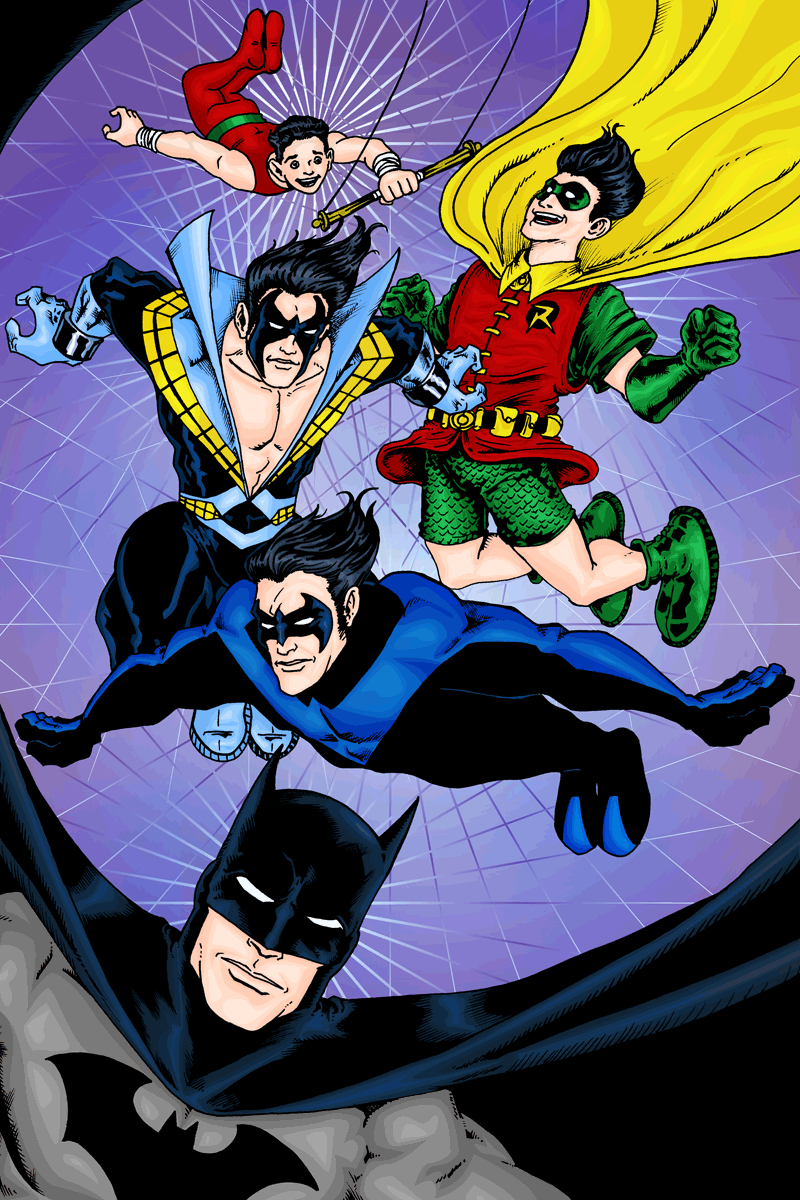 And with this, I am at the halfway point of daily drawings and sketches. I’m pretty sure that I will not be continuing to do this after a year, but I definitely feel that I am over the block I felt last year (when Adam Hughes ruined my life). But enough about that, there’s still six months worth of daily sketches to look forward to or to dread.

To celebrate this landmark occasion, we have a bunch of Dicks on board. My friend Joe Grunenwald (whose requests make up the majority of the previous six months of drawing) requested that I draw Nightwing from any era. I’m a big fan of Nightwing and in general, a big fan of Dick. I decided to take this opportunity to draw Dick in all his stages of life, from young Dick the acrobat all the way to older Dick as Batman.

I actually drew this collection of Dicks as a Christmas gift for Joe. I am poor and cheap, and thought it would be a suitable present while filling Joe’s request of Dick. While the drawing of Dicks predates the sketch-a-day, I colored the Dicks over the course of the weekend, and tried a different method than usual.

I laid the Dicks with flat color in Photoshop, then exported it to Illustrator and added the shading and highlights there. It was a lot more work than necessary, so that’s the last time I do that.

Finally, I guess this is now a tribute to Dick’s tenure as Batman, which ends this month (August). Next month, the DC Comics Universe sorta reboots, and Bruce Wayne takes the mantle as the sole Batman. It’s kinda too bad. I love Batman, and of course Bruce Wayne was going to be the only Batman at some point, I just feel that his return happened far too soon, and Dick’s time as the Bat wasn’t very long. I thought Dick brought an injection of freshness to the Batman books and I’m gonna miss him under the cowl (I feel the same about Bucky/Capt. America).

Oh well, I’ll still check out the Batbooks written by Scott Snyder and Grant Morrison, as well as Batgirl and Batwoman, and of course, eagerly looking forward to Dick returning as Nightwing again.