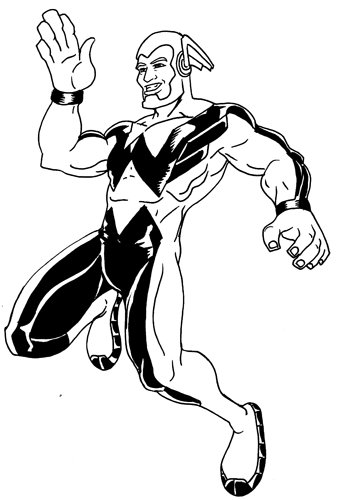 The Whizzer is a somewhat obscure Golden Age Marvel speedster, and the name is also used by the speedster from The Squadron Supreme, I think (it was hard to find info on this guy). The original Whizzer was retconned as a member of The Invaders, the WWII super team that featured Captain America, Bucky, Namor, The Human Torch, Toro, Union Jack, Spitfire, Miss America, The Blazing Skull, and Silver Scorpion.

I decided to update his costume for a more modern look, which is hard to do without completely thinking of The Flash. I think, other than the wings on his head, I did okay.