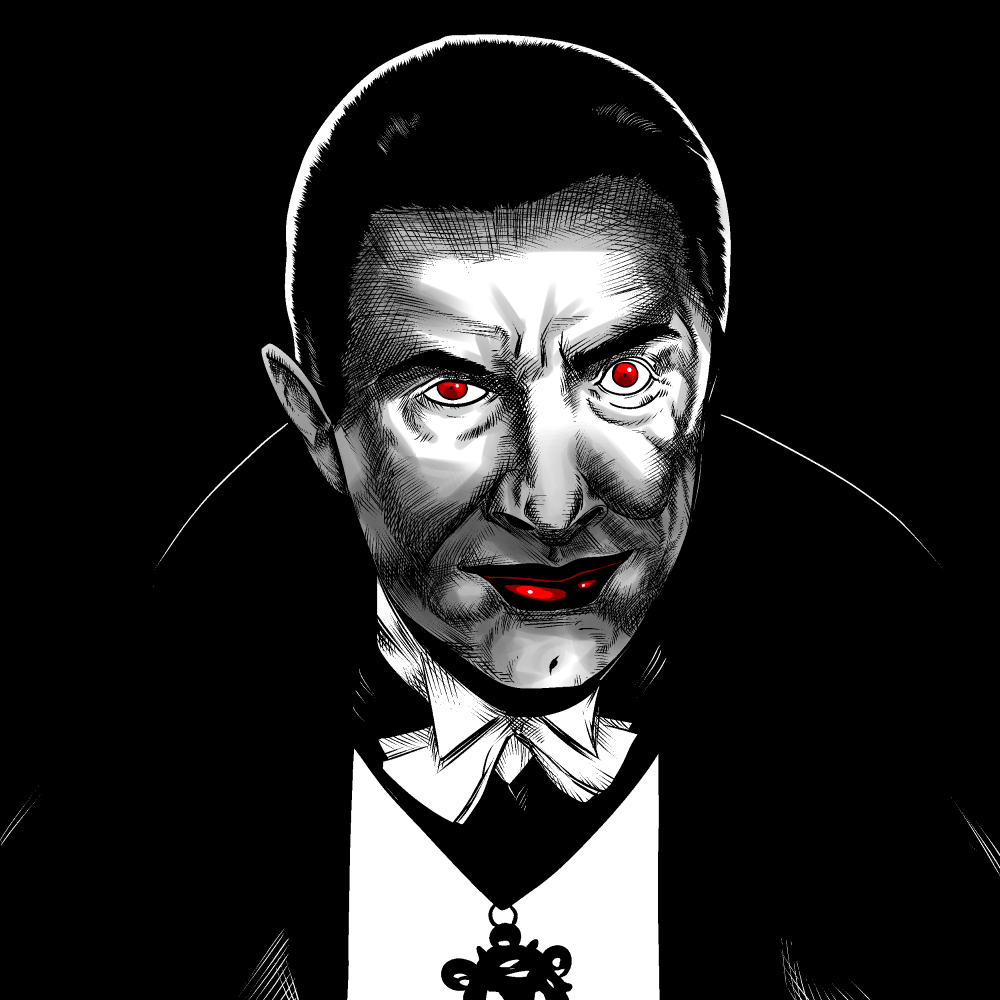 It’s Dracula Week. Bram Stoker’s Dracula novel was first published on May 26, 1897. I first read the novel when I was in 3rd grade, roughly 1986. To say I understood it entirely would be a drastic overstatement. I was 8. But I had been obsessed with horror and monsters since as long as I can hold a memory, and chief among them was the king of the gentleman vampires, Vlad Tepes, Count Dracula himself. To celebrate this non-milestone anniversary, I’m posting a Dracula sketch every day this week. It will be, mostly, the most famous portrayals of the character. No real surprises to be expected, just me having fun and paying tribute to a life-long obsession.