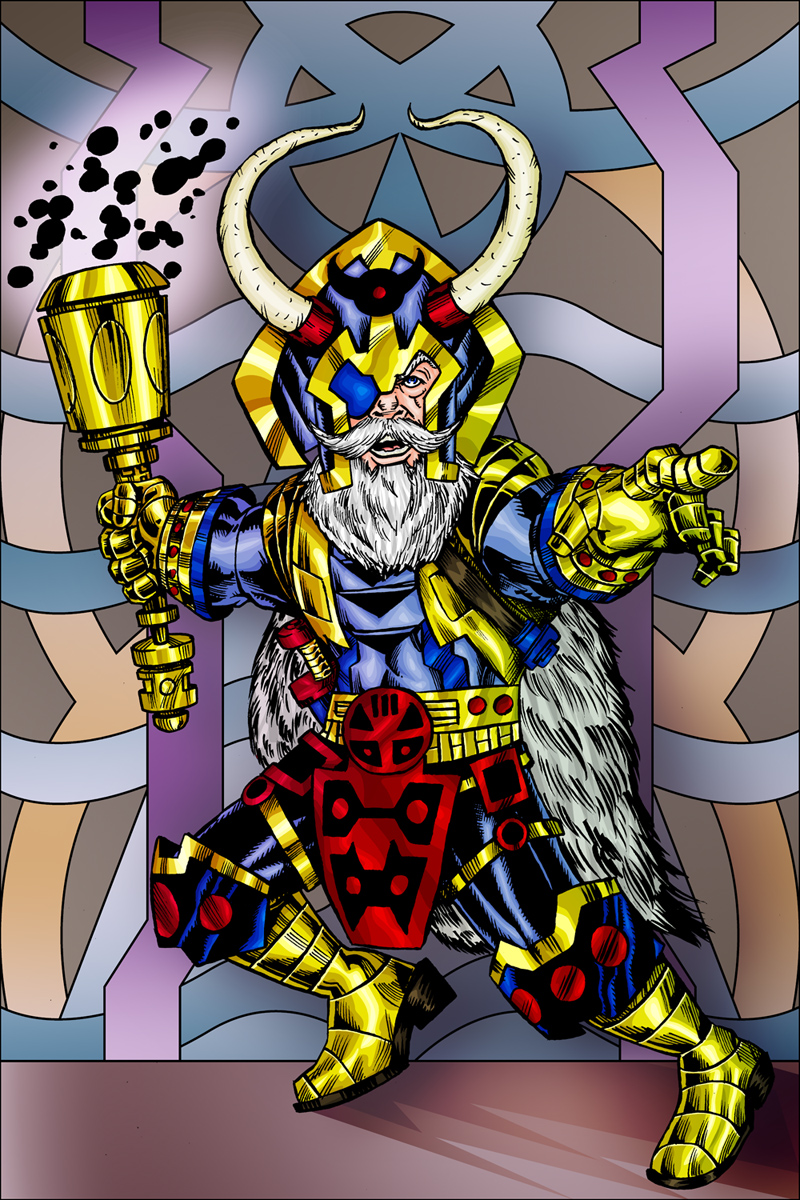 My friend Stephen Alexander is a member of a group called The Gem City Gentlemen of the Gilded Beard. This is a group of people who are in love with – to a possibly obsessive degree – their own beards.

If my comments seem snide, it is out of pure jealousy and my own inability to grow a decent beard.

But weird beards aside, they are a pretty giving group of folks, and on November 12th, they are holding Ohio’s Second Annual Beard and Moustache Competition and Festival. The event is being held at COSI, in Columbus, Ohio.

This is more than just an odd excuse to look at and possible fondle beards. Proceeds from the Competition will go to the organization Central Ohio Men Against Prostate Cancer, and this drawing of Thor’s father, Odin, will be auctioned off to benefit this charity, along with some other great art, too.

Stephen had asked me last year to contribute a drawing for The Competition, but I was undergoing my artistic nervous breakdown at the time and told him I couldn’t. I hope Odin makes up for it this year.

So, on November 12th, go to COSI early and explore SCIENCE! and then stick around for the Second Annual Beard and Moustache Competition and Festival and buy my art for a good cause. More information can be found at Beard Team Ohio.

That said, it was difficult to find any decent reference on Odin outside of Anthony Hopkins. I definitely knew I wanted this to be a Jack Kirby version of Odin, but he drew Odin completely different each time he set pencil to page. Either that or Vince Colletta did. Also the color palette was pretty awful as well, so I just kinda winged that.