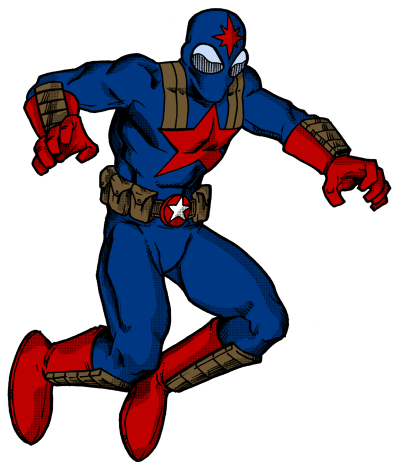 Star was (is?) a supporting character from Erik Larsen’s Savage Dragon, a character and creator I have gone on about at length. Star was sort of a Spider-Man-ish character, but Larsen added some twists and to the archetype and to the character itself, making him a beloved recurring hero.

Anyway, there’s a guy I know who’s about to go on even further about Larsen and Dragon, and I’m doing whatever I can to help that happen. Jim Purcell – online friend and longtime supporter – has started a podcast with some buddies of his called The Savage FINcast. The FINcast is dedicated to all things Savage Dragon and Erik Larsen related, and I have offered up some server space and bandwidth to allow The FINcast a place to call home on the internet.

Welcome to the Gutter Trash family, Savage FINcast! Check the show out over at fincast.guttertrash.net, and subscribe in iTunes or RSS feed!