Not much. You doin’ anything special tonight?

Nah, not really. I gotta work, and I when I get home, I’ll be going out to dinner with my folks. Go bowling afterward, but it was bowling night, anyway.

Well that sounds fun. Hey, I got you something.

You did? Art blog… you didn’t have to, I really don’t want anything…

Well… thanks, art blog. I appreciate it. 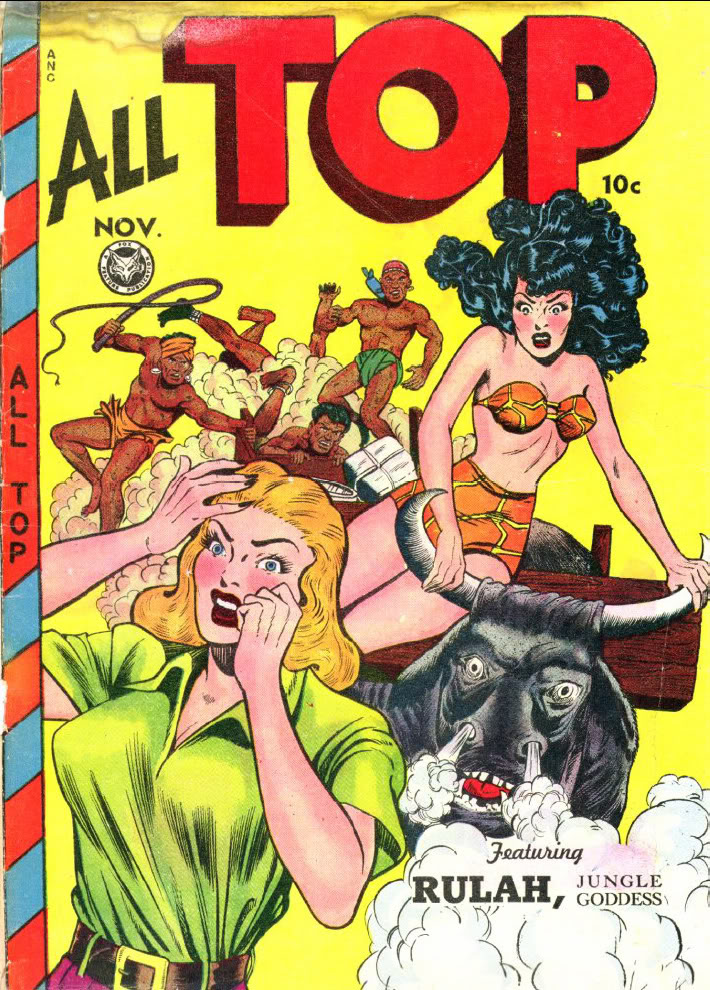 Well, that’s cool… I guess. What made you think of this?

Well he’s putting together a project that’s going to focus on Golden Age comics specifically called out by Dr. Frederick Wertham in his book Seduction of the Innocent. He’s going to have some local artists recreate public domain books Wertham pointed out as contributing to the deliquency of children.

Ah! That sounds pretty cool, actually. So this was one of ’em?

What about it made worthy of… um.. Wertham?

According to the good doctor, “its references to ‘Corpses of colored people strung up by their wrists’.”

Was… was that a racist pun?

*Sigh*. Anyway… Wheeler and Jason knew how much I liked to do cover recreations, and asked if I’d contribute. I jumped at it.

Yup. So I looked at the cover, and did a couple thumbnails, eventually settling on this one: 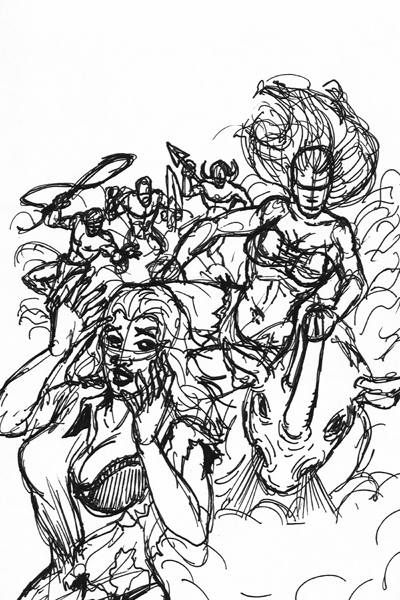 I changed a few things, upped the sex appeal a bit, and changed the bull to a rhino, since it seemed more afro-centric than an ox. Then I cribbed the design of the natives from a Jack Kirby Fantastic Four story.

The one where the Human Torch gets captured by fireproof aboriginals?

Yeah, and Namor’s trying to make a movie!

What issue was that?

Oh, I dunno. So anyway, once I got the sketch done, I blew it up and found some rhino reference. 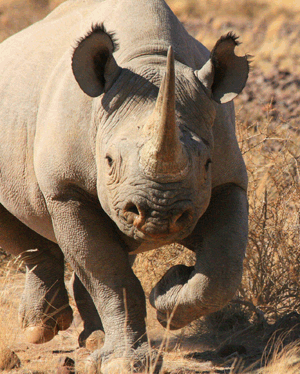 Then redesigned the logo and typesetting, and tweaked the trade design a tad, and put it all together in Photoshop. 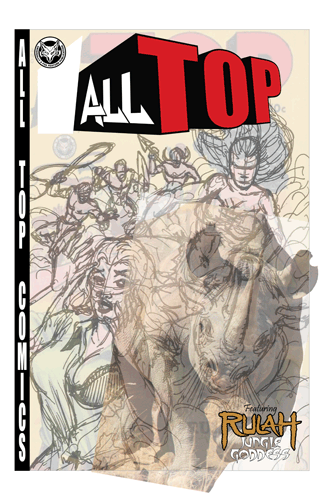 I printed the composite out, lightboxed it with traditional blue pencil, and then inked it: 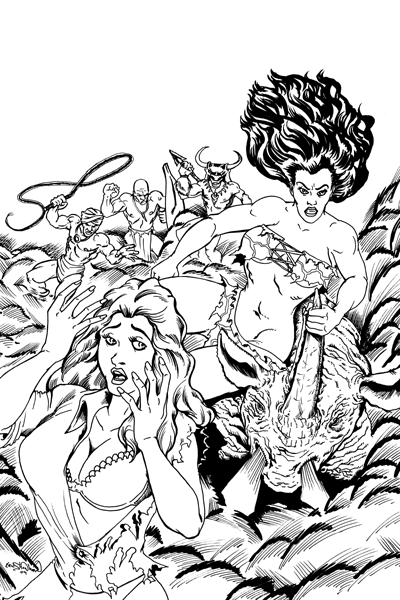 Once that was done, I scanned it back in, colored it and added the trade dress. 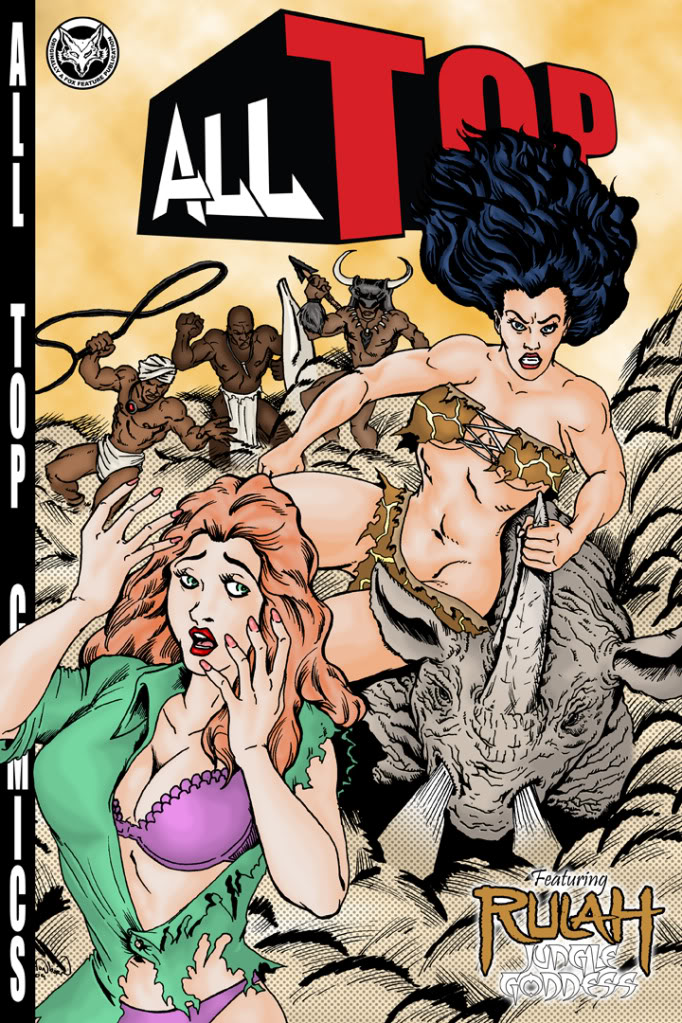 Yeah it did. I basically had to relearn how to color in Photoshop to get it close to how I envisioned it. Still, it never turns out how you have it in mind.

True. Look at the redhead chick. Her hands are gargantuan and her eyes are all fucked up. Don’t even get me started on all that dust or whatever the hell that crap is supposed to be. Or how Rulah looks like she’s giving the rhino a handy. Or how most of logo is covered by the hair…

Hey! You fucker! This is your goddamn birthday present! Don’t completely shit on it, asshole!

Ah, it’s alright. This was already posted on the Covered Blog about a week ago or so. I just posted this here out of pity, anyway.

Son of a bitch!

Your podcast sucks too!