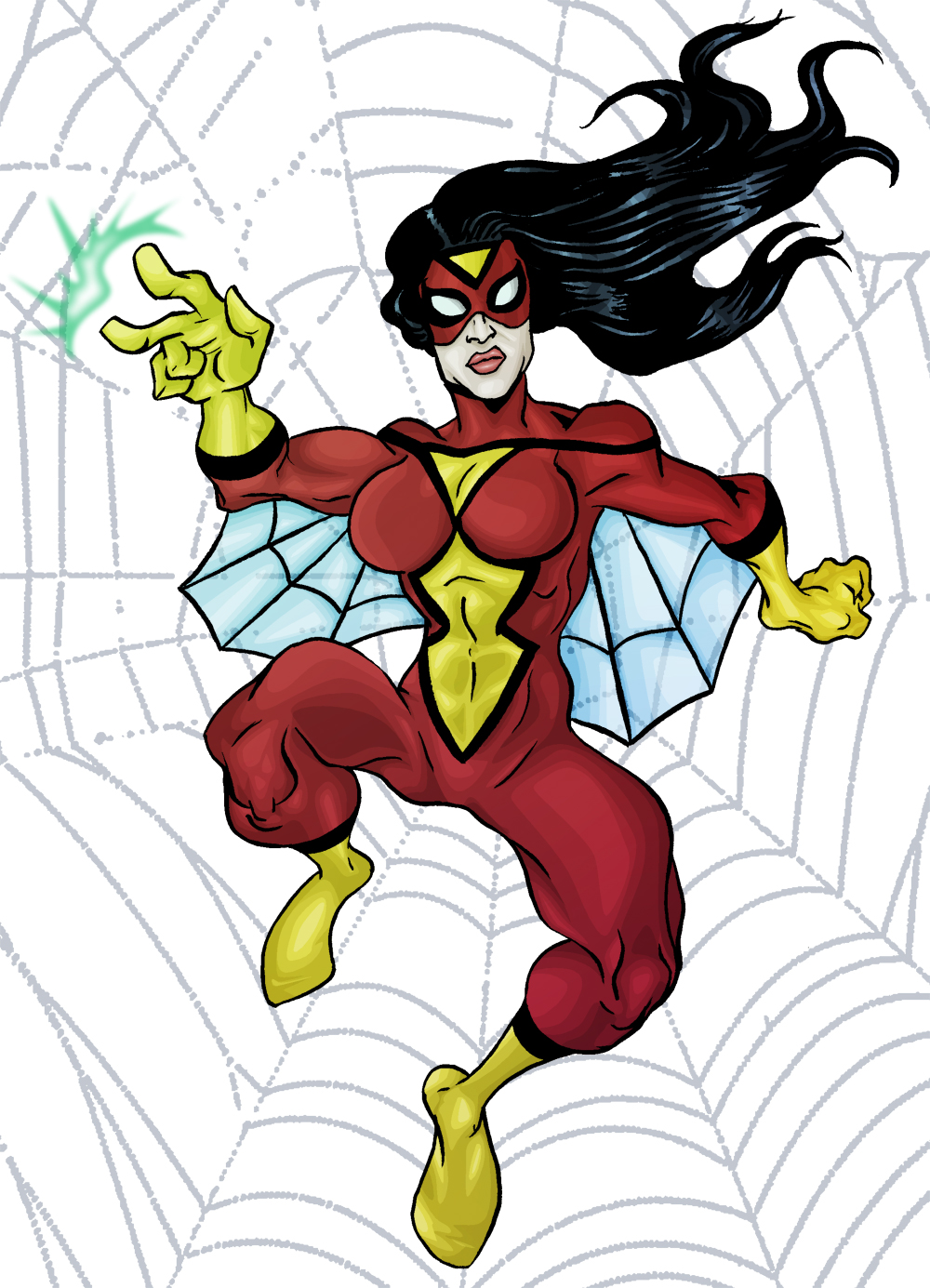 So, there’s an idiot what lives in my pants. About 20 some days ago, I misread what number the previous post was and jumped ahead. I just noticed this mistake yesterday. It’s resolved now. So instead of Sketch-A-Day 2.0 #90, today is #88. Thank you for bearing with me during this troubling time.

I’ve always had a fondness for Spider-Woman. I think I may have had a few issues of her comic when I was but a lad, long since thrown out in one of my mom’s great purges of my stuff (y’know, like my collection of Garbage Pail Kids of which I had a massive amount). I am seemingly the only person I know who remembered her cartoon series, but at least I now have proof of its existence by owning the DVD collection. Unfortunately, I haven’t really dug any of her stories that I’ve read since her resurgence in the last decade or so.

Stop! Or My Mom Will Shoot. Yup. It’s a movie. And I watched it.

Smokin’ Aces 2: Assassin’s Ball. Also another movie that I watched. While it was better than S!OMMWS, it is far far inferior to the vastly underrated Smokin’ Aces, which should probably surprise no one.