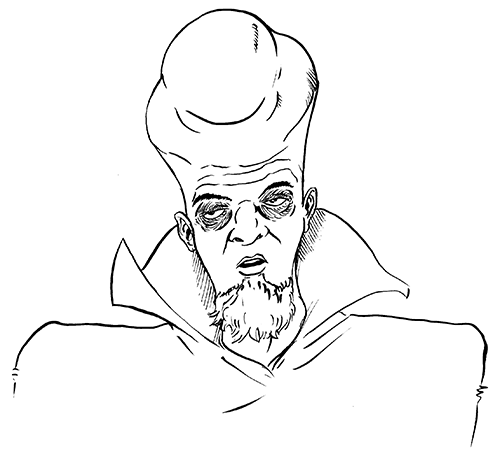 I watched this classic episode of Twilight Zone a few weeks ago. I remembered it well enough, but also kept getting it mixed up with The Simpsons parody. One thing I was unprepared for was how stoned and idiotic this advanced cannibalistic (spoilers!) alien race appears. I tried to capture that here, I hope.

Two episodes later was one I had actually never seen before, but had seen The Simpsons parody. It’s the one where a little girl’s bedroom wall becomes a portal into an alternate dimension and her parents try to find a way to bring her back. It was written by Richard Matheson, who – among a ton of fantastic Twilight Zone eps – also wrote I Am Legend. Matheson passed away this past week, so do yourself a favor and track down some stuff he wrote, you won’t be disappointed.