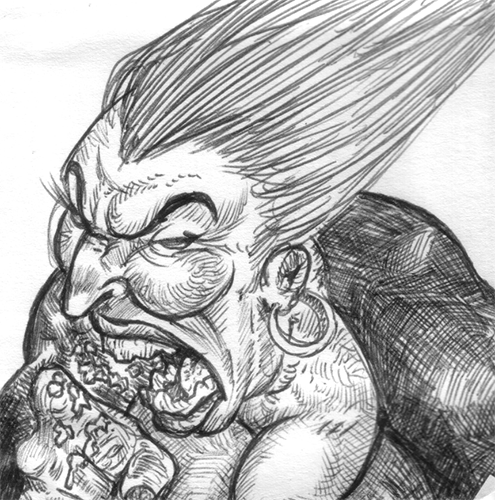 She’s got a disease.

I finished watching the Netflix show Orange is the New Black. It’s a good show, with a ton of horrible flaws. The acting is fantastic, not a loser in the bunch, including Jason Biggs whom I’ve pretty much written off forever as the guy what fucked a pie. One of my biggest problems with the show are the lack of overarching plot outside of the fish out of water story of a rich, educated woman who goes to prison. There are hints to a “bigger” story that are then completely ignored for the rest of the series or immediately resolved.

Also, I don’t know a ton about prisons, especially women’s prisons, but do petty thieves who steal knick-knacks generally wind up in the same cellblock/facility as drug runners, murderers, and mobsters? Is it just because it’s a women’s prison and there’s only a small facility for them that they all get put together? It’s just another thing I kept wondering but refused to do the research for.

But the main issue I have is that we have this story set in prison, and in some episodes we get flashbacks to the lives of the various inmates and what led them to be in prison. Almost every single crime committed was just an extenuating circumstance in which the inmate was just doing whatever for the greater good, or they’re really just the victim of bad parenting or something something. Basically, everyone’s just real sweetheart who really shouldn’t even be in prison. Even the murderers, because, y’know, those people they killed absolutely deserved it. Oh, except for the white-trash meth addict who killed an abortion doctor (not for any political purpose, just ‘cuz) and then found God after she became a hero for the pro-life movement. She’s just pure fucking evil.

Basically this show leans way way way too hard to the extreme left for my tastes. I generally consider myself middle of the road with a slight liberal bent, so when something gets too liberal for me, something’s off.

But that aside, the show is really engaging and super-well acted with a lot of laugh out loud, uncomfortable, tense and dramatic moments. It reminds me a little bit of Rescue Me, just not as fully fleshed out as that show seemed to be from the jump. It’s worth a watch.