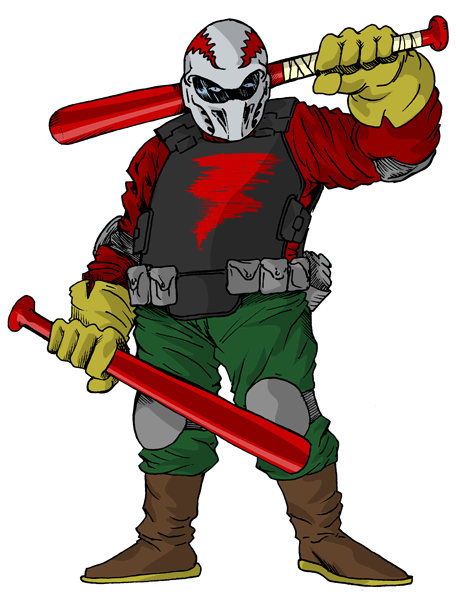 This is the Golden Age Ma Hunkel version of Red Tornado. I tried to keep her look true to her origins without being blatantly ridiculous. She was a mother who was inspired by her son’s superhero comic books to dress up and fight the crime that was overrunnning her neighborhood.

So she was the first fictionalized version of real-life superheroes. So suck it, Mark Millar. Kick-Ass wasn’t the first by a long shot.

I decided to pad her up with protective gear and an actual helmet instead of one made from a cooking pot, but I also wanted to keep her thick and sturdy, like someone’s “ma” in an old-timey gangster movie, and make it look like she would be mistaken for a guy. And then I added the red aluminum bats, ‘cuz why not?