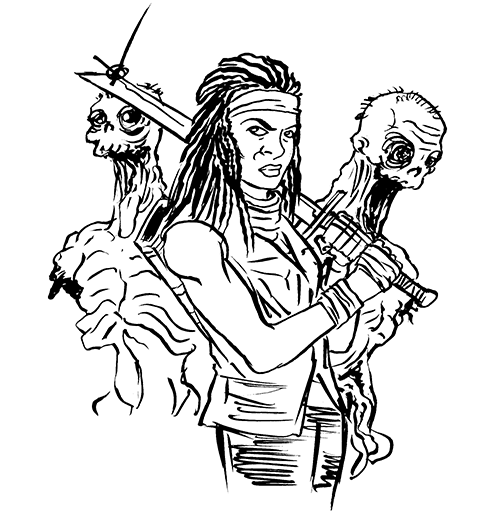 If I had any foresight, I would have saved Black Panther for today’s entry. 20 years ago today, we lost Jack “King” Kirby, creator of B.P. (originally Coal Tiger). But I didn’t, so I decided to go against type and put up my one non-superhero entry for this month, Michonne from The Walking Dead. I’ve given up completely on the show. Not that I think it’s bad, I just… lost interest. I’m certainly keeping up with the comic in Trade Paperback format. I still enjoy it. And of course, Michonne is awesome in both versions (I will admit this: there’s a scene in the third season where Rick – after Lori dies [spoiler]- goes nuts and clears out an entire wing of the prison full of zombies with nothing but a hatchet. Basically, the one defining moment of the comic that Tyrese had – before Tyrese had even been introduced into the show. It kind of pissed me off that TV Rick “stole” that one badass moment. It may have influenced my decision to not watch the show anymore).