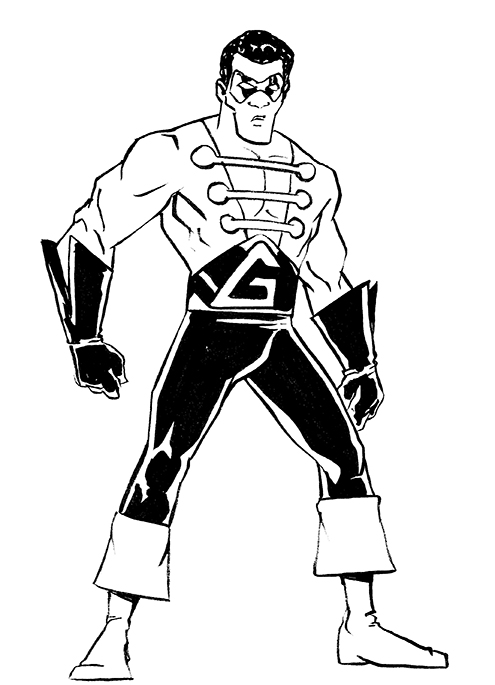 Only thing I know about this character was that he was Hank Pym’s assistant, and was also once known as Giant Man, or just Goliath. Also that his costume is ridiculous and I love it, but there was one that was even more ridiculous than this. And finally, that he was killed when Thor’s clone blasted a hole in his chest during Civil War because M*rk M*ll*r definitely might probably be a racist, maybe.