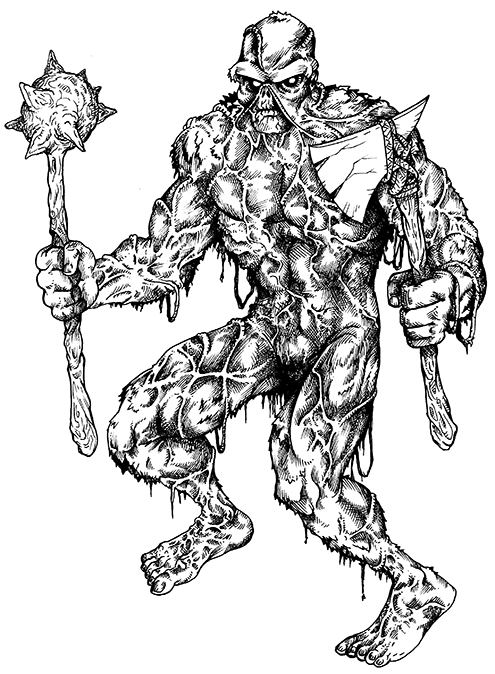 1st part of a commission for a custom action figure backing board (which is why Swampy is holding an axe and mace). I don’t know how anyone could draw a Swamp Thing comic on a regular basis and not go completely insane. I struggled pretty badly just doing this one drawing. I will also point out that the insanity does not include the discussion I had to figure out how to draw Swamp Thing’s crotch area.

No movies, but today I watched all four episodes of the first season of The Young Doctor’s Notebook, which is now on Netflix. This show should appeal to all the ladies I know as it stars both Daniel Radcliffe (Harry Potter) and Jon Hamm (Jon Hamm). It is a very very very very very very pitch black, inky dark, horrifying, gory comedy about a doctor in 1934 Moscow reminiscing about the start of his medical career in 1917 rural Russia. I recommend it, but also warn that is in not entirely “easy” to watch.