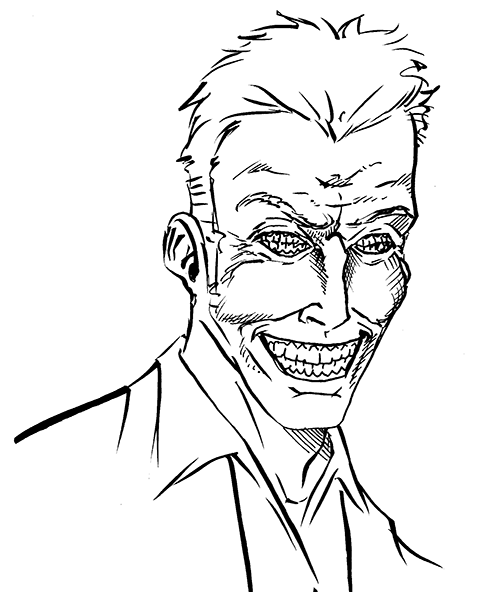 I think I’ve talked about how I’ve only read the first 20 issues of Neil Gaiman’s Sandman multiple times, right? If I haven’t, well, there you go. But even before I read any Sandman, I had seen a picture of The Corinthian and became fascinated with him. To this day, I’m still fascinated with him. The imagery of his character – and Two-Face – probably has influenced my more “stream of consciousness” sketches than anything else. This was by request, sorta. I was axed if I had ever drawn him, and so instead of answering, I just drew him.