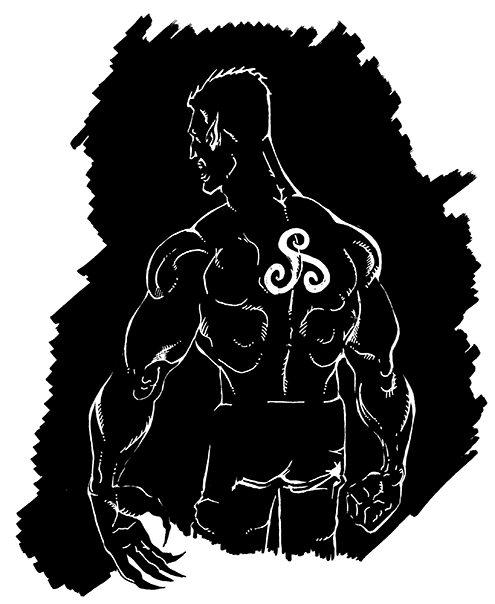 Kathleen Coyle Week rolls on with this sketch of Derek Hale from the television progrimm Teen Wolf. The second episode of season four airs tonight. I used to have conflicting emotions about this show, but now, fuck all that. I love it, it’s great. It’s godawful, but it’s great. Anyhoo, Derek is the prettiest pretty boy hunkiest hunk on the show, which honestly makes him terrible to draw, because there is nothing about him. Even in his werewolf form, there is nothing. Handsome, pretty people are the worst to draw unless they wear an elaborate costume. Luckily, Derek has a recognizable back tattoo, so viola, instant character. This sketch also gave me a chance to use a brand new white gel pen – which is now my new love in my life. But this is all moot, since they recast the role of Derek Hale in the previous episode. I guess they wanted to go younger. Fuckin’ Hollywood, man.