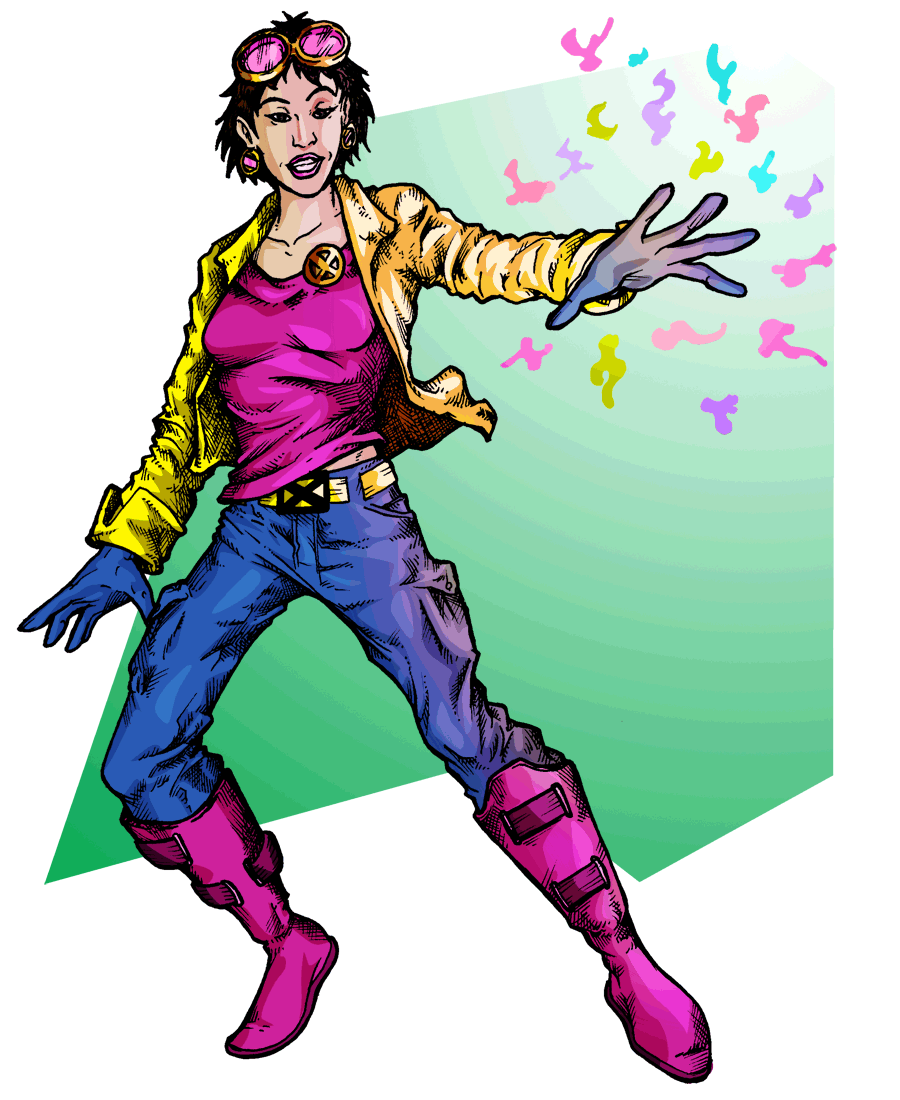 Happy America’s Birthday! Let’s try to ignore all the terrible, terrible things we’ve done as a nation – past, present and future! If you don’t like it, GTFO! In addition to celebrating our bloody national horror with copious amounts of delicious seared dead animal bits and disgusting “salads” that mostly involve mayonnaise, it also continues to be Kathleen Coyle Week. So we combine the two, with the X-MEN’s own firework disaster, Jubilation Lee! That’s right! One of the top 5 worst X-characters ever written into the book – and despite everything that’s been done to attempt to make her okay, she has only gotten worse. In fact, right now she’s a vampire that stole a baby that eventually becomes Iron Man or some shit. Comics! I made a very conscious decision to make her look Asian here, considering I found out she was always supposed to be but has never ever ever ever been drawn that way (except by Chris Bachalo in his original run on GENERATION X). I don’t think I did a good job at all. But who gives a shit? It’s Jubi-fuckin’-lee.