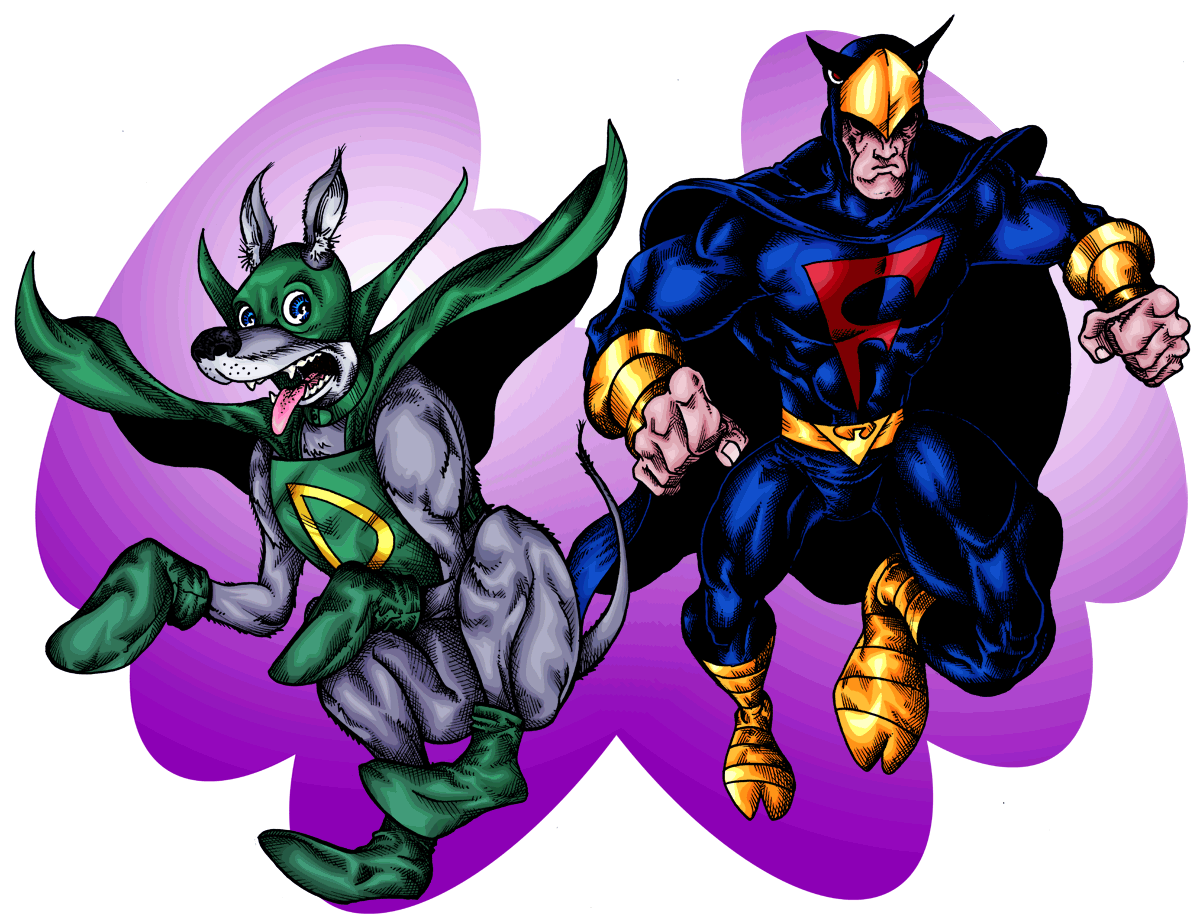 Blue Falcon was a request from my friend Jason Young. I finished the drawing and then knew that I couldn’t leave it alone. I needed to add B.F’s best friend, Dynomutt, the Dog Wonder! I used to watch and love this cartoon as a kid (oh, USA Cartoon Express, I miss you most of all).
Sorry. I had more, but then got incredibly sad about the lack of Saturday morning cartoons and the sorry state of modern cartoons.

Last night I watched a terribly dull turd of a movie called Crucible of Horror – a title made of only lies. It’s also known as “The Corpse” and “The Velvet House” – also lies. Upon further research, it’s a very loose remake of a film called “Les Diaboliques”, further remade as “Diabolique” in the 90s starring Sharon Stone. When I worked at the movie theater, I remember enjoying saying the word “Diabolique” quite a bit, and of course listening to all the people who bought tickets for it butcher it.

No one ever bought tickets for that movie.

Basically, Alfred Pennyworth from the Tim Burton Batman movies is a creepy, abusive, and molesty dad. His wife and daughter then plot to murder him. The murder never actually happens. The movie ends with no explanation. Ta-da! Apparently, to up the creep-factor, Alfred’s on-screen son and daughter were played by his actual son and daughter-in-law. So there. If you find it on Netflix, destroy your Netflix device so you never accidentally watch it.