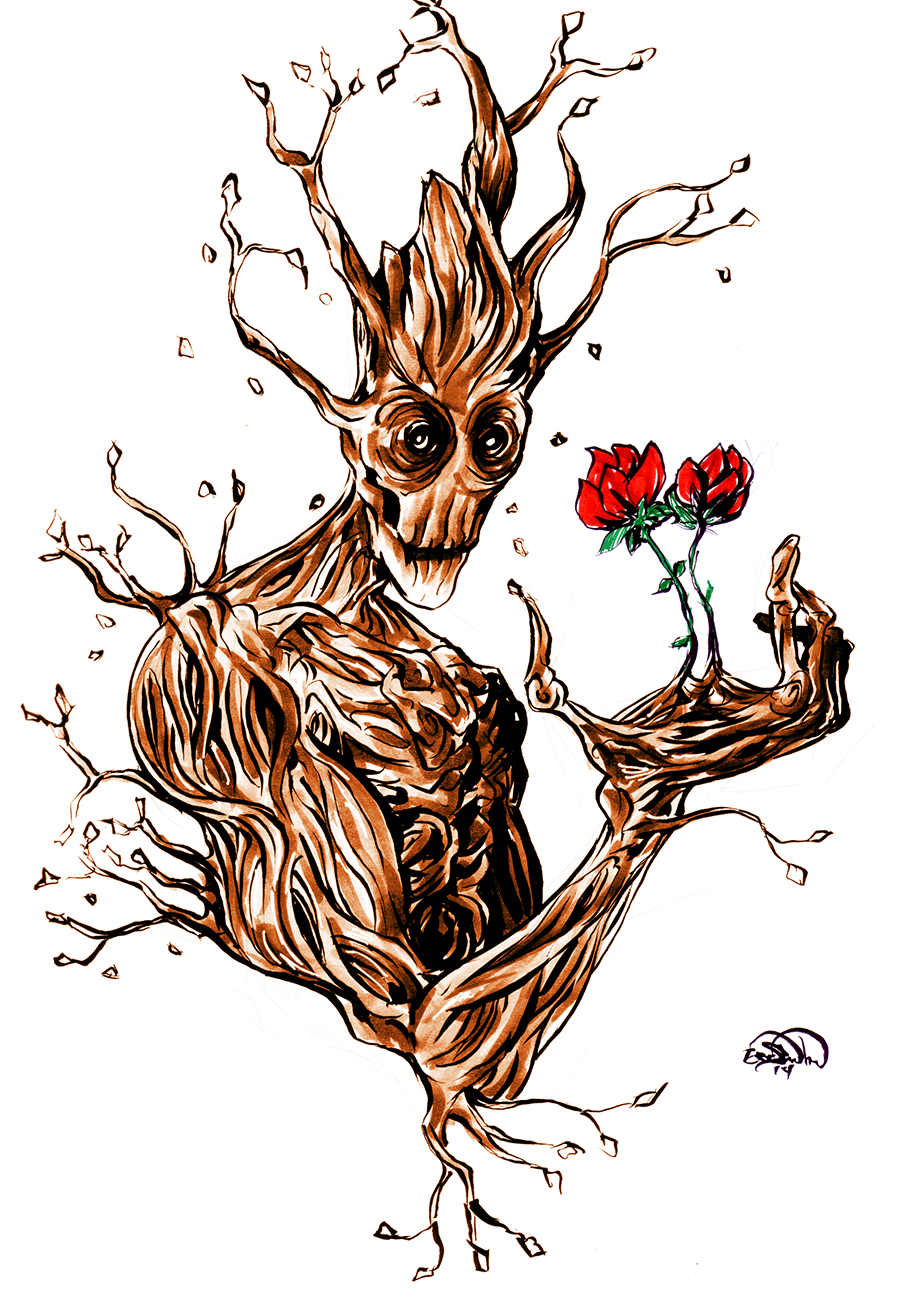 Last weekend, ***** and I went to see Guardians of the Galaxy. Usually I avoid these huge movies on opening weekend, but I was too damned excited. This was a “must” for me since the word go, and became an even bigger “must” once James Gunn was on board as writer and director. Between The Specials, Dawn of the Dead remake, Slither, and Super, I’d say I’m pretty much on board with this guy no matter what, and it’s awesome that he now gets to experience a mega-success that he clearly deserves. To say I loved Guardians is a severe understatement. It’s an absolute delight. I will see it at least once more in the theater – another thing I never really do.

Anyhoo, despite not really being a superhero fan (she’s learnin’), Bambi has joined me for most of the big superhero films that have come out since we started dating (Amazing Spider-Man 2 being the exception, and quite frankly I wish I hadn’t seen it either). She’s liked them all, but for some reason she was just as excited for Guardians as I was. I’m assuming it was a combination of a funny trailer with an awesome soundtrack and a talking, gun-toting raccoon that sold her on it. But of course, her obsession with trees, branches (it is in her name), and people made of trees and branches probably threw her over the line on it. Groot is the absolute pinacle of a thing she would love. And it doesn’t hurt that movie Groot is fucking fantastic, adorable and all around bad-ass.

So we decided to do a Groot sketch-a-day exchange. She was pretty much always gonna draw Groot at some point, and, well, I probably was too. Mine was done with cool gray Copic markers and Photoshop trickery. Sometime today she will post her Groot sketch on her blog, so check that out here.

Also, buy some of her art so she can buy lots of art supplies I can borrow.