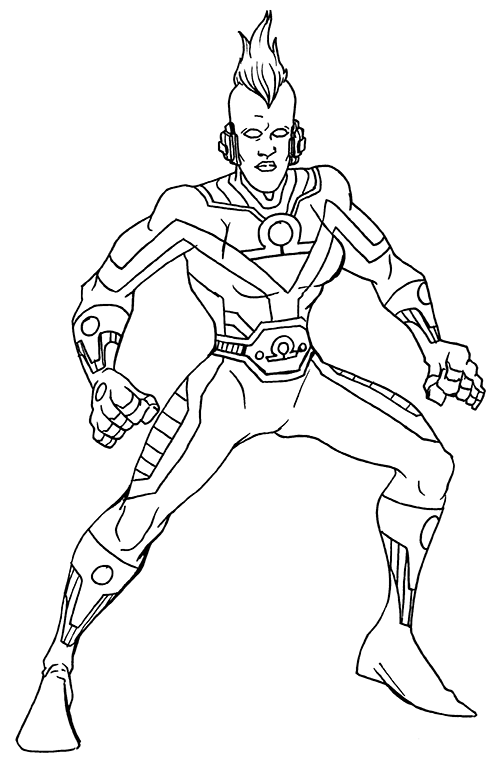 Megan O’Malley was a physicist whose team accidentally opened a wormhole. She got sucked through and wound up sometime in the 43rd century. This distopian world was divided and run by either governments or corporations. A government body found the disoriented Megan and realized she was an anomaly of some sort. With no records or identity, they fused her with their newly operation Omega Network and turned her into a living weapon, a tactical, surgical human atomic bomb. While she can transform between her superhuman mega-weapon slave body and her real body, she cannot control when The Network is turned on and changes her. While as The Omega Woman, Megan’s consciousness is fighting her programming and slowly she begins to exert some control. When she finally breaks free, she decides that the entire world needs to be destroyed in order for it to be built back into something worth living for. She fights against the governments, the corporations, the yes-men and women and anyone else who will stand in her way.