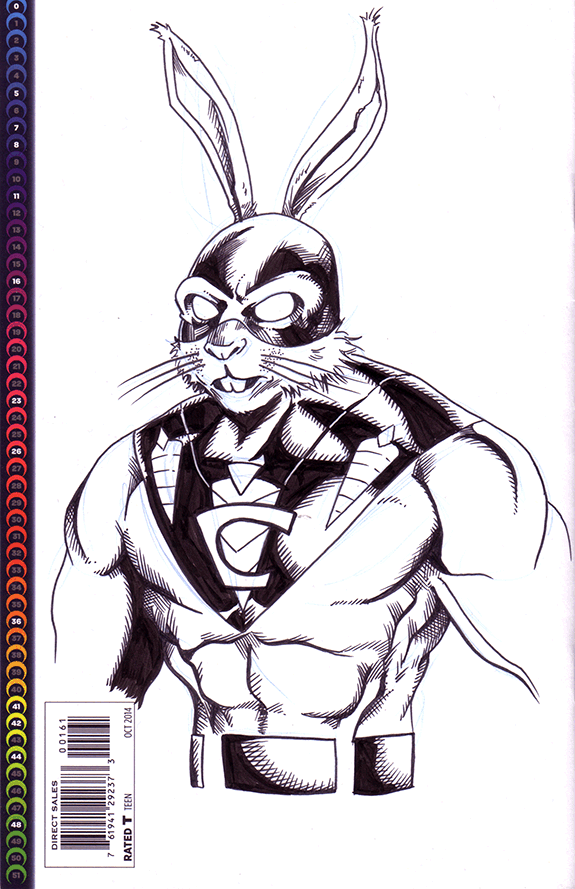 Today, after a very long time, I have been Rejected by Covered.

Covered was a comic cover recreation art blog that I visited almost every week and had contributed to, I think 4 times. During it’s run, the site’s curator would turn down some submissions. So my friend JB Sapienza and his friend Josh Blair started the Rejected by Covered blog, to give a home to those poor, dejected cover recreations. And I’ll be honest, there’s a lot of Rejects that I’m not entirely sure why they were Rejected. But, oh well.

Anyway, during the height of popularity of both Covered and a sorta sister blog Repaneled, I had work featured on both, but now I wanted to be on Rejected. So I drew a cover recreation of Daredevil # 7 in ballpoint pen on a post-it. Certainly, this would not be up to the Covered standard, and it would get Rejected, and I could join my pal JB’s new club! Nope, it got accepted. I was a little stunned.

So, about two and a half years ago, Covered closed up shop. The logical conclusion is that, now, every cover recreation from henceforth, has been Rejected by Covered. Rejected is the new Covered.

I’ve been meaning to submit something for a while, but time gets away from me. A couple months ago, I bought a blank sketch variant cover of Grant Morrison’s Multiversity # 1. I was hoping someone (anyone) would maybe want a specific commission on it. But no takers. Friend of the blog Jim Purcell told me if he could afford it, he’d get Dino-Cop drawn on it. Dino-Cop is a Savage Dragon analogue featured in the issue. Jim’s a bit of a Savage Dragon fan.

Now that I’m trying to get my work out in the world a bit more, it occurred to me that I could pay homage to Erik Larsen’s Superman/Savage Dragon: Chicago crossover, the Multiversity way. So the Superman of Earth 23 and Dino-Cop team up!

The above image is the back cover, because I love the paper these covers are printed on. Captain Carrot is also featured quite a bit in this issue, so I thought it’d be fun to draw. I also recently bought a new pen and used it pretty much exclusively on this back cover and the front. It’s kinda great.