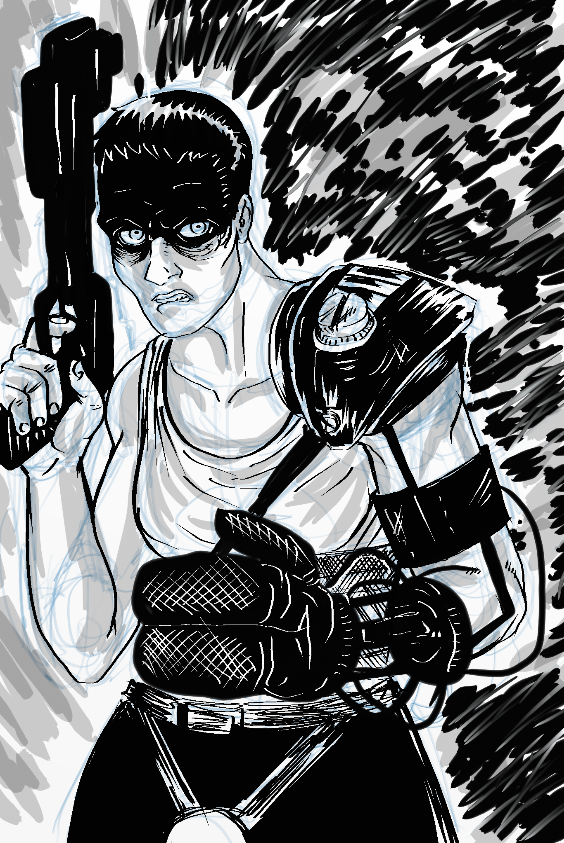 30-some years ago, I saw MAD MAX BEYOND THUNDERDOME on VHS. I don’t really remember it, other than Master Blaster and Tina Turner. It’s the only MAD MAX movie I’ve seen. So, when MAD MAX FURY ROAD was announced, I really coulda cared less. I wasn’t gonna see it. And Charlize Theron? Not a fan.

So, when every human being alive said how great the movie was, my curiosity was piqued. When one review compared it to THE RAID, I knew I had to see it.

Still on my distraction from depression and heartache kick, I thought it’d be a fun distraction. It really wasn’t. Don’t get me wrong, it’s an absolutely amazing movie. I was completely blown away by it. One of the rare times the hype has lived up. I cannot recommend it enough. It is intense, thrilling and action packed and wonderful. It is also a lot more emotional than I expected. I honestly cried in a few places. That entirely is the fault of Charlize Theron.

I’ve never thought much of her as an actress, but jesus, she is fantastic as Imperator Furiosa. The movie, the story, is wholly hers. It’s Max’s too, but Furiosa’s has the greater impact. Goddammit, Furiosa is amazing. I really want to see FURY ROAD again, as soon as I can.