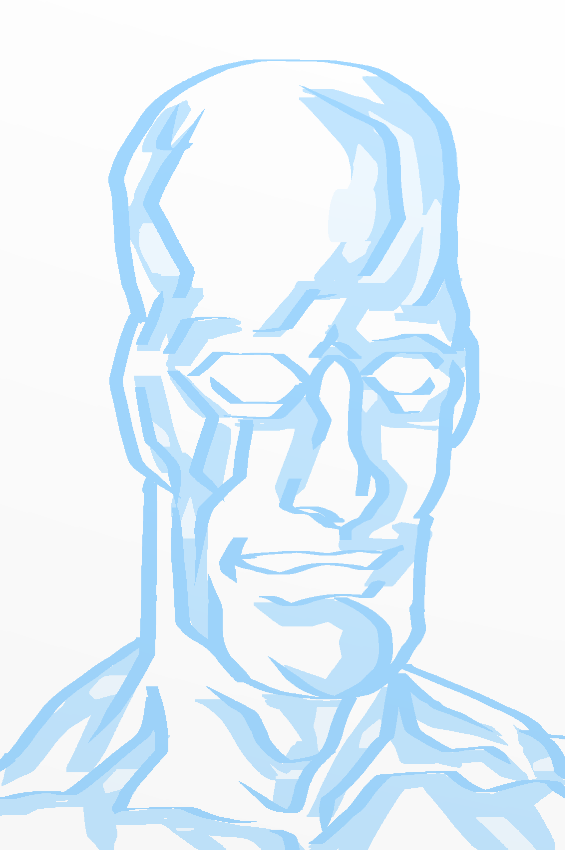 Always loved Iceman, definitely due to Spider-Man and His Amazing Friends. When I started reading X-Men comics I was always disappointed that he wasn’t in many, if at all. Then I discovered the original X-Factor. Bobby’s gone through a lot of dumb bullcrap in his fictional life. Including, apparently being retroactively gay. I’m all for diversity, there definitely should be more gay characters, and, hell, I’m not even opposed to a retroactive change (I’ve long held the theory and wished to see it implemented that Hal Jordan should be gay. And Batman, though he’s usually more asexual in my mind.  Not even joking.) Iceman just seems like a weird choice and change. That said, if that’s the character from this point forward, ok. It’s just comics. Not gonna get too worked up over it, and whenever I go back to reading an X-Men comic in the future (taking a break from a lot of Marvel and DC for a while), I hope Iceman is still the awesome character I’ve always known him to be, gay, transgender, straight, whatever. Iceman is Iceman and I love him no matter what.

Can we stop with the spiky, blocky crazy weird Ice looks? I have always hated it. Its not “kewl”, it definitely doesn’t look like a character who has gained total mastery of his abilities. It looks like a bad idea someone had in 1994 and then it never went away. I don’t mind if, say, during a fight, he Ice-Hulks out or something, but his default should be the smooth, shiny, translucent classic Iceman.

Also, he needs to be shown transforming by encasing himself in an ice block and breaking free in full Iceman mode more. Because that’s awesome.