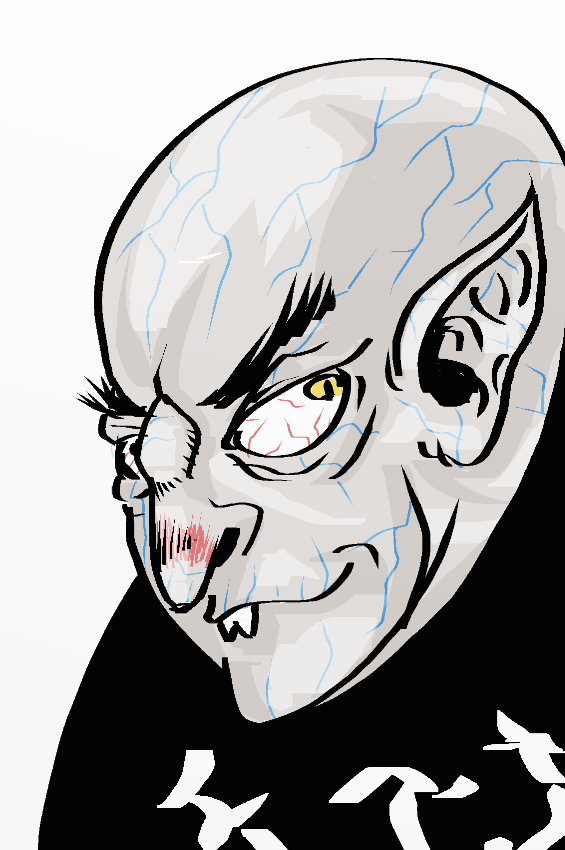 Today’s bonus is not a Batman villain (although it’d be awesome if it were!). I’m headed out to SPACE today with my pals Joe G. and Juliet. It’s a yearly Small Press and Comic Expo in Columbus, OH. I’ve been frequently, usually setting up a table with my pal Jason Young (who will be there with a new issue of his autobiographical comic Veggie Dog Saturn, and the printed version of The Fantastic Four No. 9 Project). I haven’t been in a few years, and since I  decided to quit my weekend job yesterday, I was like, fuck it, let’s go!

So, in celebration of small press comics, the bonus sketch shouldn’t be of a corporate comic character, used to exploit the hard work of creative folks. Nope, I decided to draw Conrad from Kurt Dinse’s One Year in Indiana comic. I met Kurt at SPACE many years ago, and even though he doesn’t do the show anymore, he is definitely a person I’m glad to have met and become friends with. Which honestly doesn’t happen much in my life. Most new people I meet are fucking terrible, or break my heart.

Kurt has been there for me recently (as much as he can from two states away) and tried to help out through my whole “suicidy” phase. How much that actually means to me is not something I can easily put into words. So, thank you Kurt.

I’ll be thinking of you as I peruse a building full of small press comic creators, avoiding eye contact, brushing past to avoid their terrible pitches and desperate pleas to please buy something. It’s awful, and I’ve done it too many times to count.

I almost drew Nick Marino’s Jesus Christ for this, but Holy F*ck (and it’s upcoming sequel Holy F*cked) are published by a major company, and Marino is no longer allowed into the halls of SPACE. Fucking sell-out. It’s why they stopped letting Dave Sim come to the show!

Also, I’m gonna guess this is the first time Kurt’s character had ever been drawn digitally.