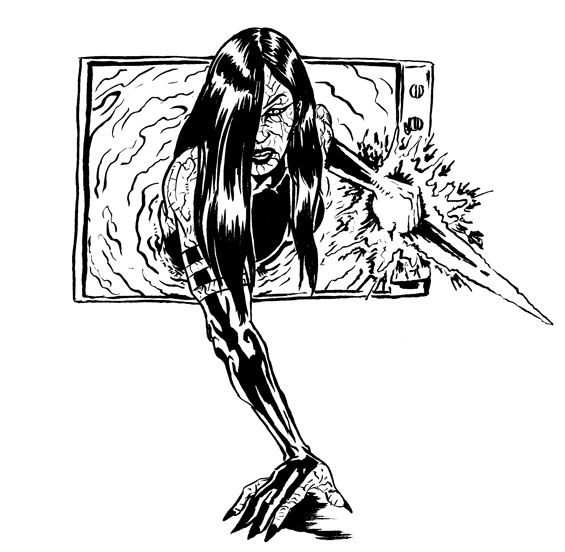 Psylocke meets The Ring girl, Samara. Someone asked me to draw a character once, and I thought they meant Samara, but it turns out they wanted the girl from The Grudge. I think? Man the mid-00s were a clutter of Japanese horror remakes, and they all jumbled together.