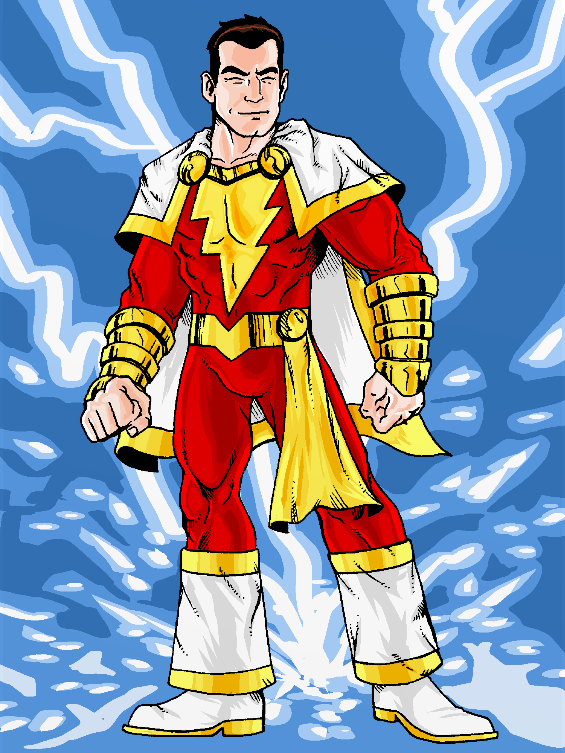 DC Comics has an obscure forgotten character named “Shazam” which is kinda dumb and weird. He’s also got one of those ridiculously dated costumes with all sorts of lines, metal chunks, seams, and energry krackles that just makes it too busy and complicated to look at. Plus a hoodie which covers up a fairly distinctive superheroic face (what would someone like Fred MacMurray think?). So, I decided, hey, lemme take a crack at redesigning this fellas costume. And heck, while we’re at it, how about a name change? I think “Captain Marvel” is much more superheroic and iconic than “Shazam”.

Maybe next I’ll work on that Marvel Comics character, Kimota. Naw, that’d be a miracle if that happened.