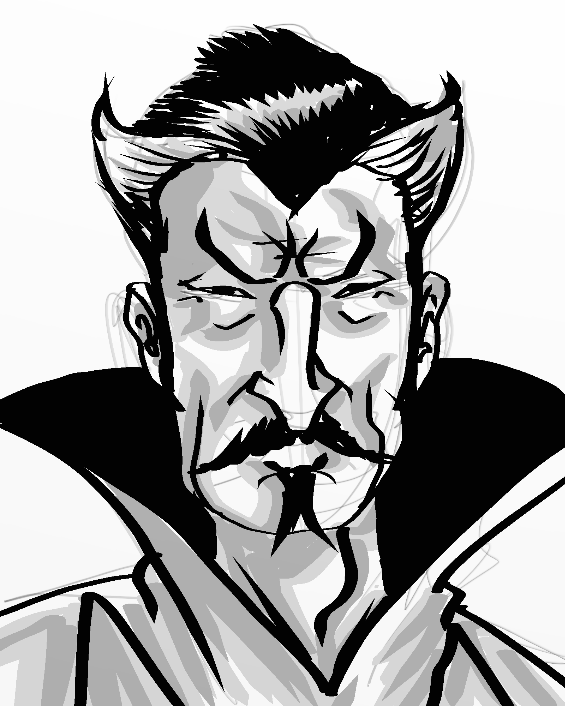 So, the other day, comic writer Kurt Busiek wrote some tweets about Dr. Strange. His theory (and a compelling one), is that when Ditko created the character, Strange was originally supposed to be of Asian descent. He was originally drawn with the slanted, thin eyes, and same skin coloring as The Ancient One in the earliest stories, but then issues later, when his origin is told, he is suddenly drawn as a caucasian. Busiek believes this was a change mandated by Stan Lee or Martin Goodman.

Ditko apparently still drew the Asian Dr. Strange on a rare occasion, and some other artists  (Erik Larsen springs to mind) drew him the original Ditko way as well. It’s an interesting twist to the character, and if true, is kind of shitty to whitewash him. Anyway, figured I’d take a stab at a (very cartoony, exaggerated, and possibly racist stereotype) Asian Dr. Strange.