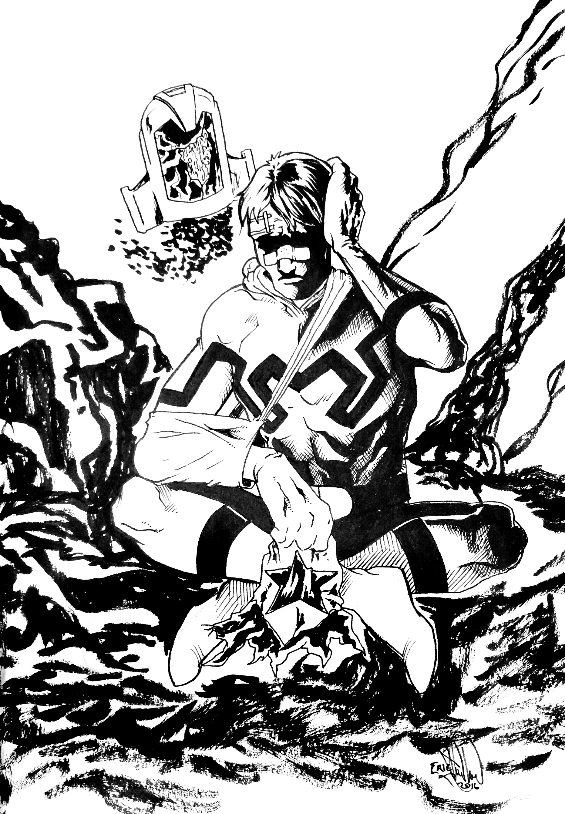 Yesterday, I attended the Queen City Comic Con with my friend Bruce Hughes. He usually has quite a few folks talk to him outside of the usual con-goers he ropes into conversation. One such fellow happened to be putting together a themed sketchbook. I love a themed sketchbook. My buddy Joe G. has a Flash book, and the other week I drew in a “Chew” sketchbook.

The theme of this was “The Day After”. The biggest, bloodiest war to end all wars. DC characters only. Can’t repeat any characters.

So, obviously. Also happens to coincide with the general mood of my life lately.