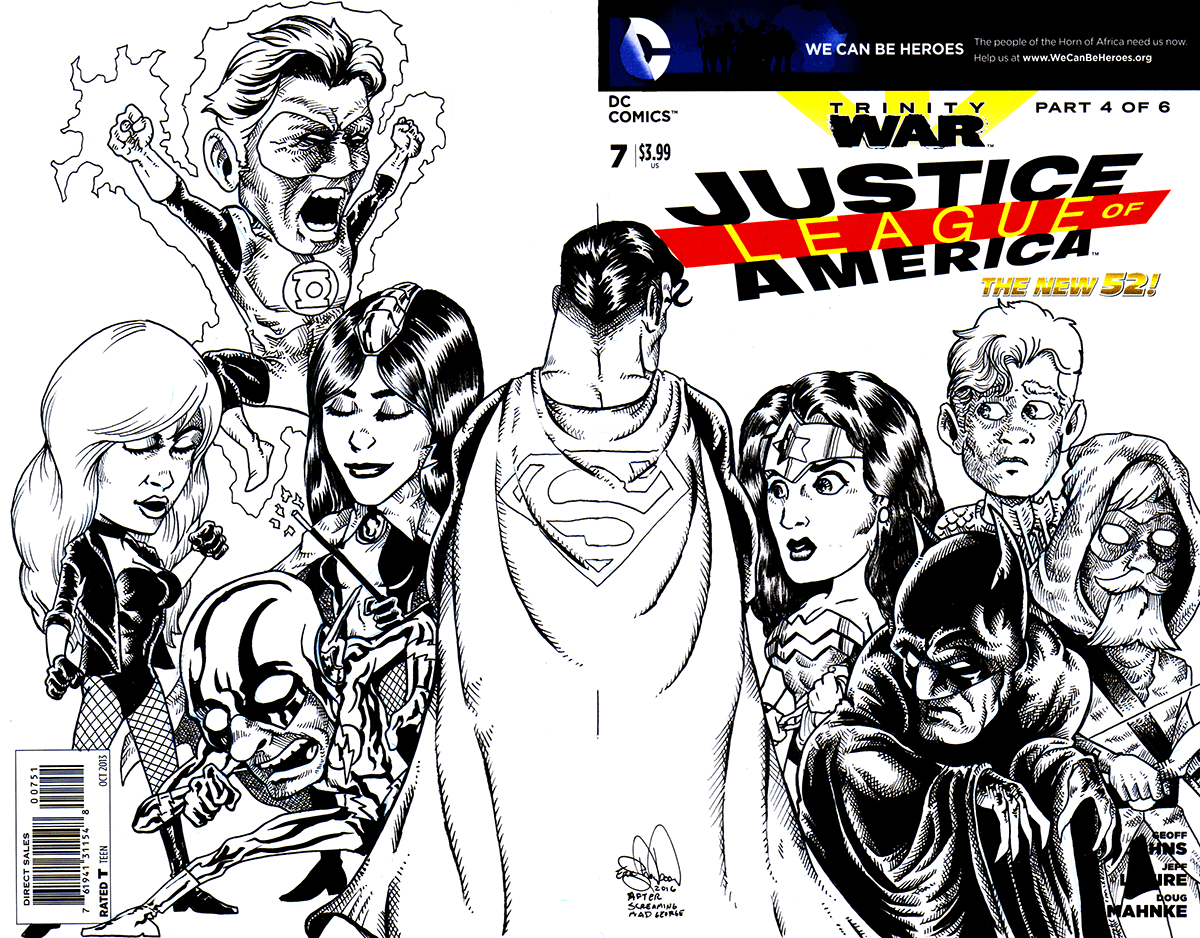 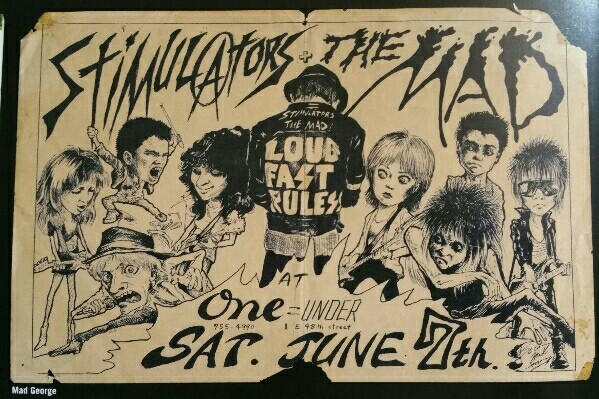 I was at my friend Jason’s house and had brought along this Justice League sketch cover to work on. My initial idea was to recreate an old JLA cover. Jason had recently bought a book called Fucked Up & Photocopied, a collection of old punk rock fliers and posters, many of them hand drawn and collaged. He suggested I look through the book and find an old poster to redraw as the Justice League. Unfortunately, 99% of all old punk fliers are just photocopied pictures of Ronald Reagan with a gun or in diapers, with the remaining 1% being just a drawing of a skeleton. Then I stumbled on the poster above this paragraph from the “Mad George” chapter of the book. Screaming Mad George, actually, was the singer of the band The Mad, and drew all his band’s posters. This particular one was so cartoony, and populated with characters, it was a perfect fit to be the JLA. Plus, the crouched figure – George himself, presumably – is a perfect Batman pose. While I think the band on the right (The Mad) seems to be staring at the Stimulators on the left, unfortunately, my recreation makes it seem like Wonder Woman is staring at Superman’s dick. Which she might be. I would.

So rather than just stealing the poster, I did a little research on The Mad and Screaming Mad George. I’d never heard of the band, but then I discovered that George went on to be a special effects artist for such films as Big Trouble in Little China, Predator, the Re-Animator movies, and directed The Guyver. He still does special effects today. I just thought that was awesome.

This cover will be for sale on my store.