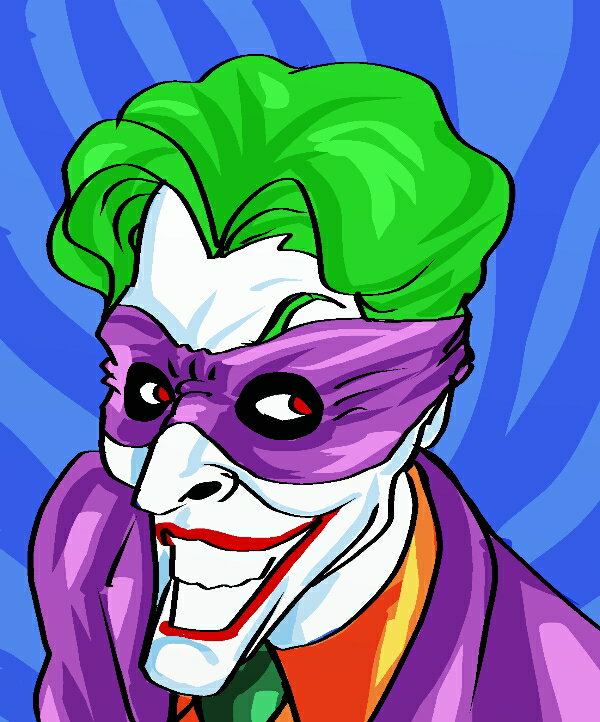 So, the Joker makes a return to cinemas this week in a movie you couldn’t pay me to watch. Well, actually you probably could. But grudgingly. So I’m paying tribute to his first and best cinematic portrayal. I know you couldn’t figure it out, what with the mask and all, but trust me, I drew the Joker. Apparently this week was the 50th anniversary of the premiere of BATMAN THE MOVIE, the best Batman movie.

Which means that my dad was 25 years old when he and an army buddy went to see this movie in Vietnam. My dad turns 75 today, and while I’m guessing BATMAN didn’t premiere in Vietnam the same opening weekend, I’m sure it was sometime between 1966 & 1967 that he saw it. And this is when – though I wouldn’t be born for another 11-12 years – the fundamental difference between my dad and I were created. He hated BATMAN THE MOVIE so much, he walked out.

And this is why my dad and I don’t get along.