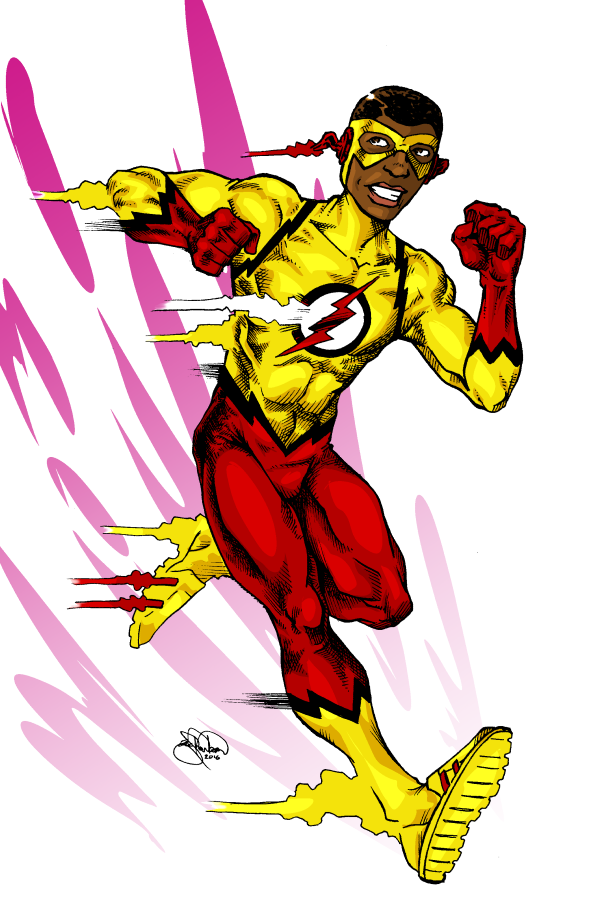 Spent Saturday with my pal Joe G. at a comic convention. Joe was in “sketch-aquisition” mode. He got two new Flash sketches for his Flash sketchbook (which is awesome, and contains the best sketch of the Flash that has ever been drawn). This weekend’s new additions were by Dave “Every cover ever” Johnson, and Erica “Squirrel Girl” Henderson. Ms. Henderson drew Wally West (Joe’s favorite Flash) as Kid Flash and pointed out a lack of Kid Flash throughout the book. So I decided I would also help rectify that, and draw Wally West (Joe’s favorite Flash) as Kid Flash. So here we are. Wally West as Kid Flash.

I’ve also found that spending 10 hours straight with Joe rubbed off on me. So, now, the next week is Flash Week! This begins 7 days of Flash. Settle in!