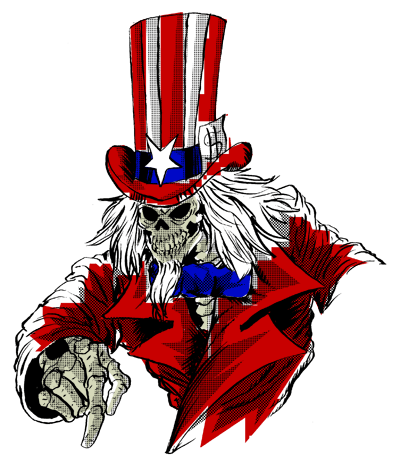 Happy 4th of July! Over at Ok, PANIC! we’re celebrating the holiday with the Patriotic Avenger, Captain America, the spirit of the potential of America. However, America has a prevalent shitty side, so I’m showcasing that here with The American Scream, the villain of the first 25 or so issues of Peter Milligan & Chris Bachalo’s Shade the Changing Man series, a favorite of mine. I’ll put the first 50 issues of that series up against more notable classic comics any day. Also Bachalo was never better than his peak at around issue 35 or so, when the book switched over to DC’s new Vertigo imprint (he carried that style to his first run on Marvel’s Generation X, after that, I have no idea what happened to him).
As a bonus “America’s Dark Side” piece, a drawing I did some years ago of a Bizzaro version of Captain America: Bizzaro Amerika 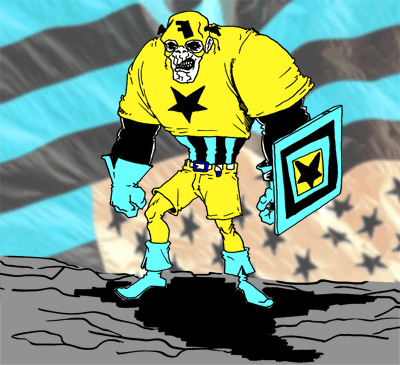