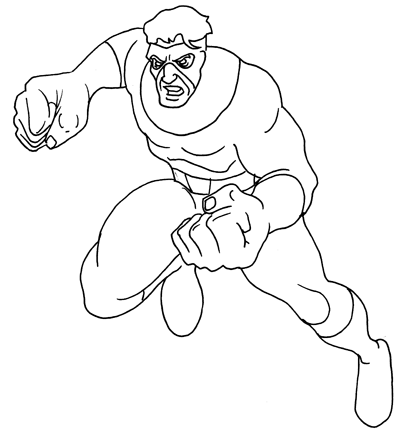 Part 2 of The Wrecking Crew: Piledriver. This may be the worst drawing I’ve ever done for this blog, especially for a request, but Holy Christ, Piledriver has to be the biggest turd of a villain ever created. I was so bored two seconds into even doing research on this dull asshole, I wanted to break my hands so I’d never draw again. He wears a patriotic costume for some reason, but it’s the most boring costume ever. It’s the kind of costume that you put on a super character when you have zero inspiration to do so. The rest of The Wrecking Crew are at least somewhat interesting looking, or have some sort of cool accessory, but not this douchenozzle. He has big hands. That’s his power. What a fucktard.