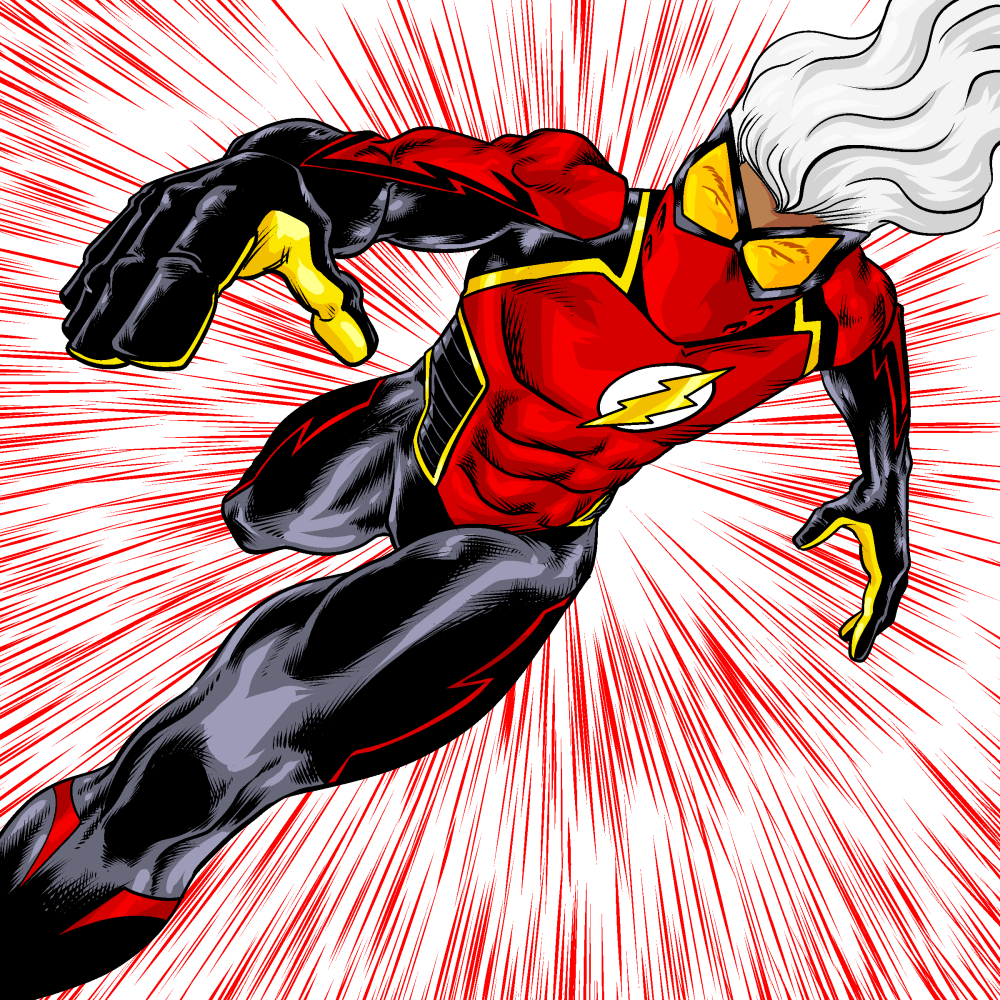 Always Wally, except sometimes not, but Never Barry.

In that “sometimes not” section we have Jess Chambers, a Flash from an alternate Earth. They showed up in the Future State event, but possibly elsewhere? I read their story from the 2021 DC Pride book and enjoyed it quite a bit, and I really like their take on The Flash costume. I oddly get John Fox vibes from it, another sharp-looking Future Flash. They are also featured in a book called Teen Justice that takes place on their original Earth (11) before they crossed over to the main DC Earth and going by the name Kid Quick. But I went with the Flash version here.

But hey! At least we now have an unproblematic non-binary genderfluid Flash we can all admire and accept!