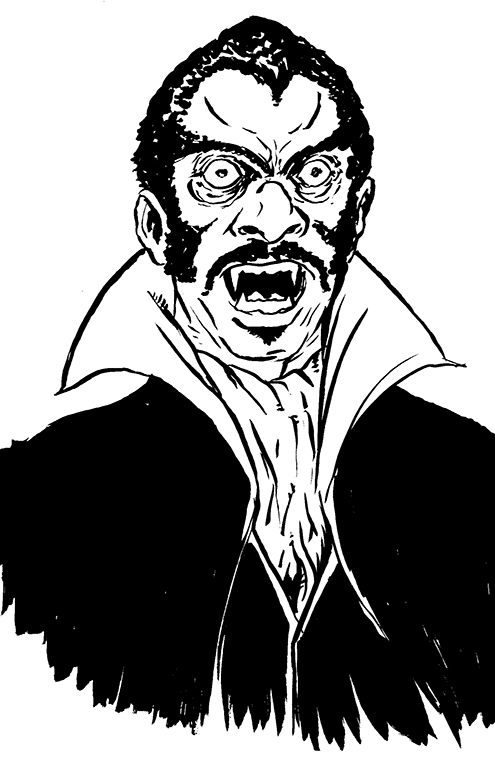 Feeling a little better today. All I want to do, though, is veg out and play video games. Cannot. Will not.

So as I ate dinner last night, I flipped through the channels to find that Scream Blacula Scream (the sequel to Blacula, which I’ve never seen) was on tv. And I watched it. It’s terrible and awesome. And Pam Grier is in it. So I drew the character.

TerrorVision. Terribly cheesy yet dumb fun 80s horror schlock. But it knows what it is and isn’t trying to be anything different.

The Resurrected. Or “Shatterbrain”, according to IMDB. It’s an early 90s adaptation of the HP Lovecraft story “The Case of Charles Dexter Ward” by Dan O’Bannon, who wrote ALIEN, and wrote and directed RETURN OF THE LIVING DEAD. Also starring Jack’s Dad from LOST, the blonde chick from HERMAN’S HEAD and Chris Sarandon from being interviewed on Gutter Trash once. It’s okay.

The thing that really made both movies watchable were the practical special effects. C’mon Hollywood, get your shit together and stop using CG as a crutch. A lot of this stuff can be done on camera cheaply and quickly!